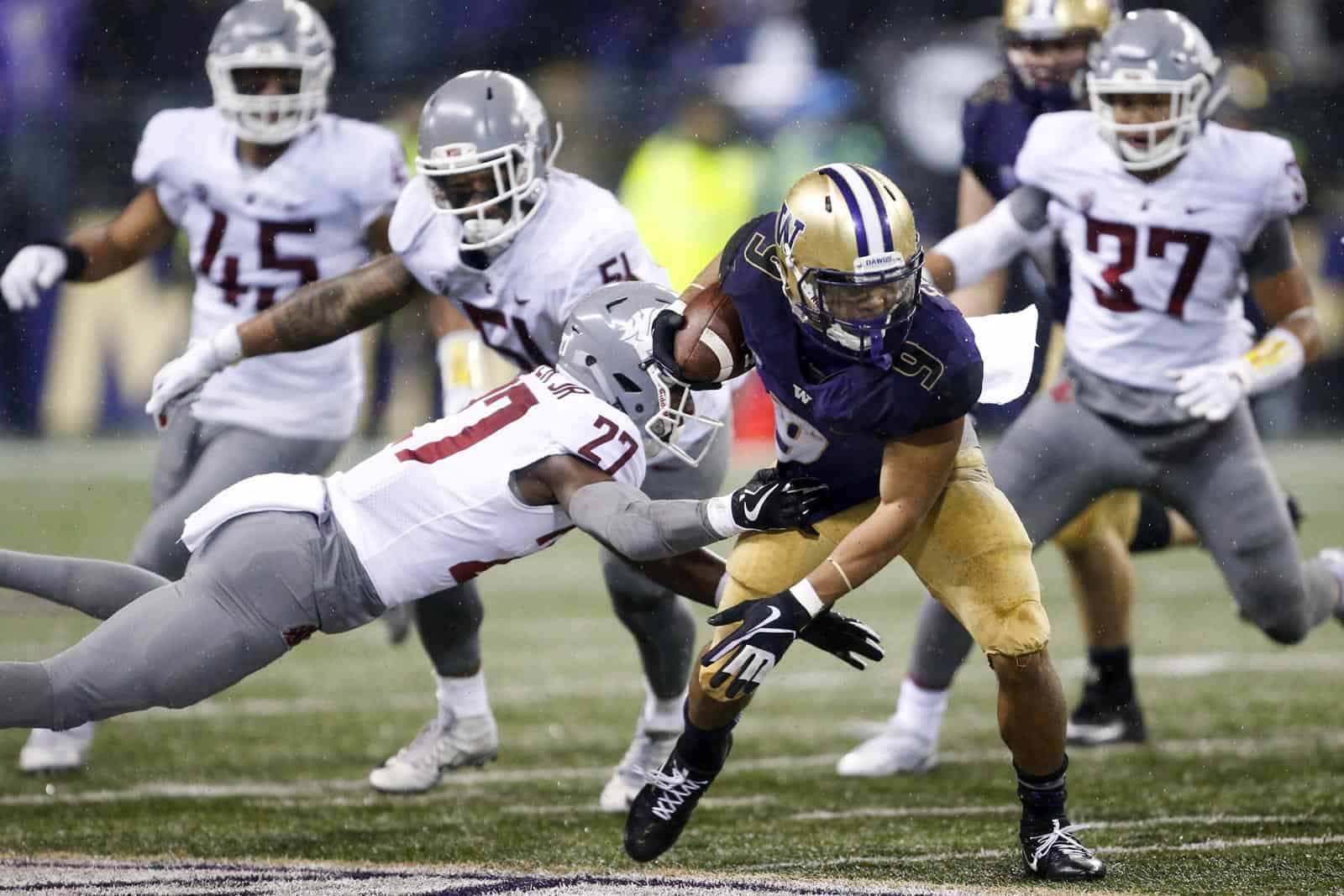 Today, college football schedule selections were announced for the weekend of Nov. 24, 2018 (Thanksgiving week and weekend). A few games were held under the six-day option. Those game times and/or TV will be finalized by Sunday, Nov. 18.

The UM-OSU game should be Fox’s primetime game this week. It has much bigger playoff implications than either of the Big 12 games being considered for the slot. Ratings wise it would make much more sense to put the Big 12 game at noon and the Big Ten game at night. But the Big Ten is too scared to play at night this late in the season. After this year Fox and other TV partners should have complete control of when Big Ten football games are played and that will likely mean scheduling UM-OSU at night they have their ratings to worry about.

The Big Ten isn’t too scared to play at night, it’s just not practical, and they know that people will still watch UM/OSU due to implications, no matter the time.

If the MAC can play at night in the cold then so can the Big Ten. It doesn’t matter about TV contracts saying they have to, the MAC has quite the success doing it, because they’re not competing with other conferences on Tuesday and Wednesday nights. Only other sports options. Every other power conference is playing at night too.

Then you have West Coast fans to worry about. A noon start time on the East Coast is 9 AM on the West Coast and even earlier in Alaska and Hawaii. The Big Ten is forcing those poor OSU and UM fans to wake up super early to prepare for such a big game. If it were at night, those fans, not caring about any other game, could sleep in. An 8 PM East Coast start time is 5 PM Pacific, 4 PM Alaska and just only 3 PM Hawaii – that’s late enough in those time zones that OSU and UM fans could sleep in then get up at a good time to start preparing for the game.

The West Coast Fox affiliates do have the option of tape-delaying UM-OSU to air at night, since otherwise they’d be airing local programming. And that’s what they should do, so they can let fans of those teams out there sleep in. And if they can resist the urge to find out the score online, bless them.

Z-Man – Are you Rupert Murdoch in disguise? Why are you so concerned about Fox not getting a good primetime game? None of this makes any sense.

Considering my better half will be out of the house at noon Christmas shopping, this is just going to make the game even better for me.

No MAC game draws anywhere as many fans as UM-OSU.

The B10 bans night games in late November because of public safety concerns. If there is inclement weather, everyone, including local police and other officials, would much prefer that 100K people and tens of thousands of cars move their way home when there is still light out and it is warmer than close to midnight and it is colder and more likely to be below freezing.

And I can tell you that Fox is probably not happy about having to televise a game with such huge playoff implications in the noon slot while being forced to televise a game that will certainly lose the primetime ratings battle to Notre Dame-USC at night.

Big Ten tv scheduler would disagree: “It’s special to begin with,” Rudner said. “You’re not going to get any bigger by going to prime time.” https://bleacherreport.com/articles/1099192-michigan-vs-ohio-state-football-why-the-game-needs-to-be-in-prime-time

And so do UM and OSU ADs: “Dave Brandon, the athletic director at Michigan, and I constantly have conversations that that should not be a night game, and it will not be a night game,” Smith said. “It won’t be (at night) this year, nor in following years.” http://www.sportingnews.com/us/ncaa-football/news/ohio-state-michigan-ad-gene-smith-night-game-/14ah7nq76q8ekzqa0miixi8kj

Read my comment above about how the noon scheduling screws over West Coast fans.

I live on the west coast. I think it’s perfect–I wake up, and the game is on.