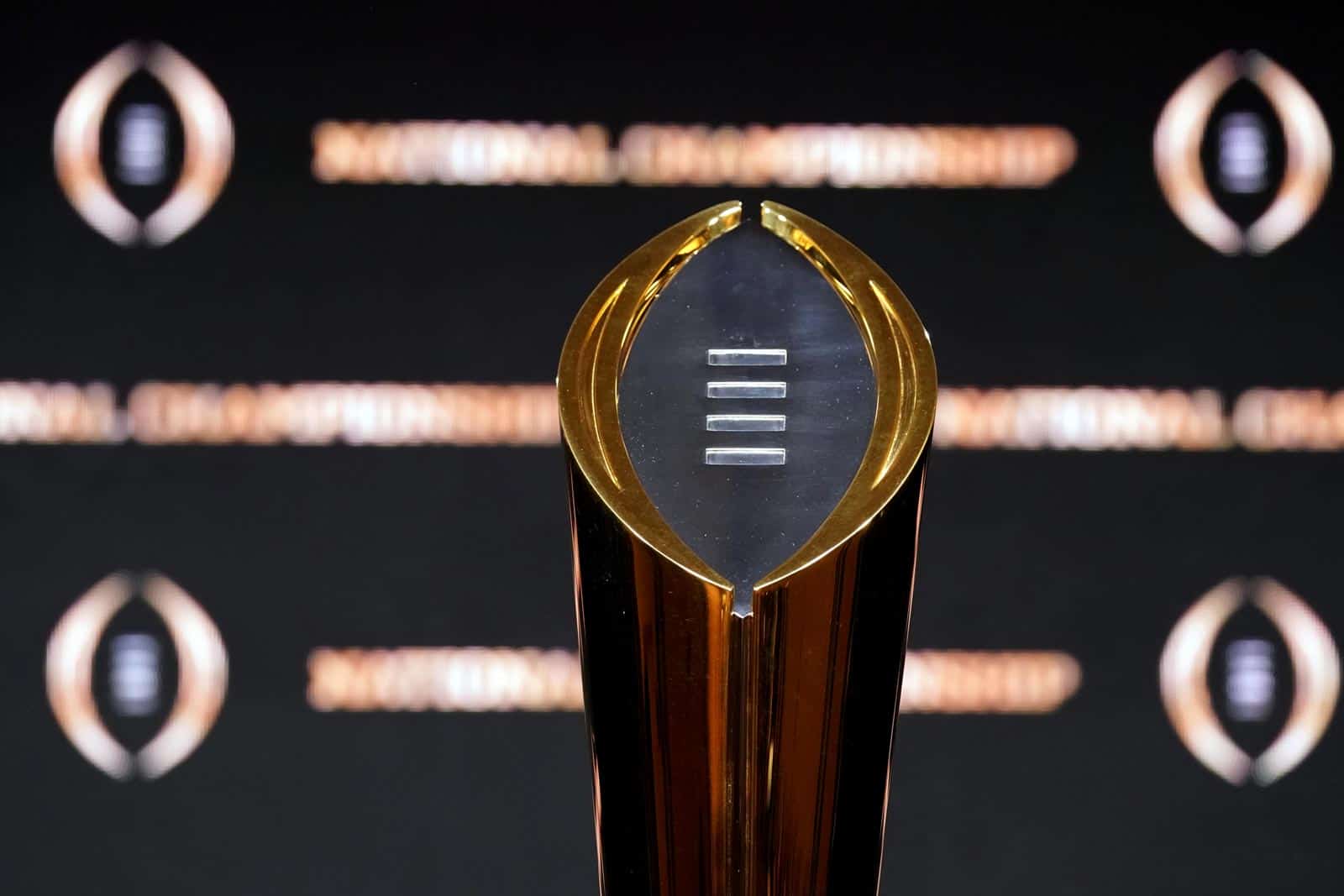 The College Football Playoff Schedule for 2021 kicks off on New Year’s Eve, Friday, Dec. 31, with the two semifinal contests.

The Alabama Crimson Tide (12-1), the top-ranked team, will play the No. 4 Cincinnati Bearcats (13-0) in the Goodyear Cotton Bowl Classic at AT&T Stadium in Arlington, Texas. The game is set for 3:30pm ET and it will be televised by ESPN.

Alabama wrapped up the top spot in the playoffs after defeating previously unbeaten Georgia in the SEC Championship Game, 41-24. Cincinnati enters the playoffs undefeated and champions of the American Athletic Conference.

The Michigan Wolverines (12-1), the No. 2 team, will take on the No. 3 Georgia Bulldogs (12-1) in the Capital One Orange Bowl at Hard Rock Stadium in Miami Gardens, Fla. ESPN will televised the matchup at 7:30pm ET.