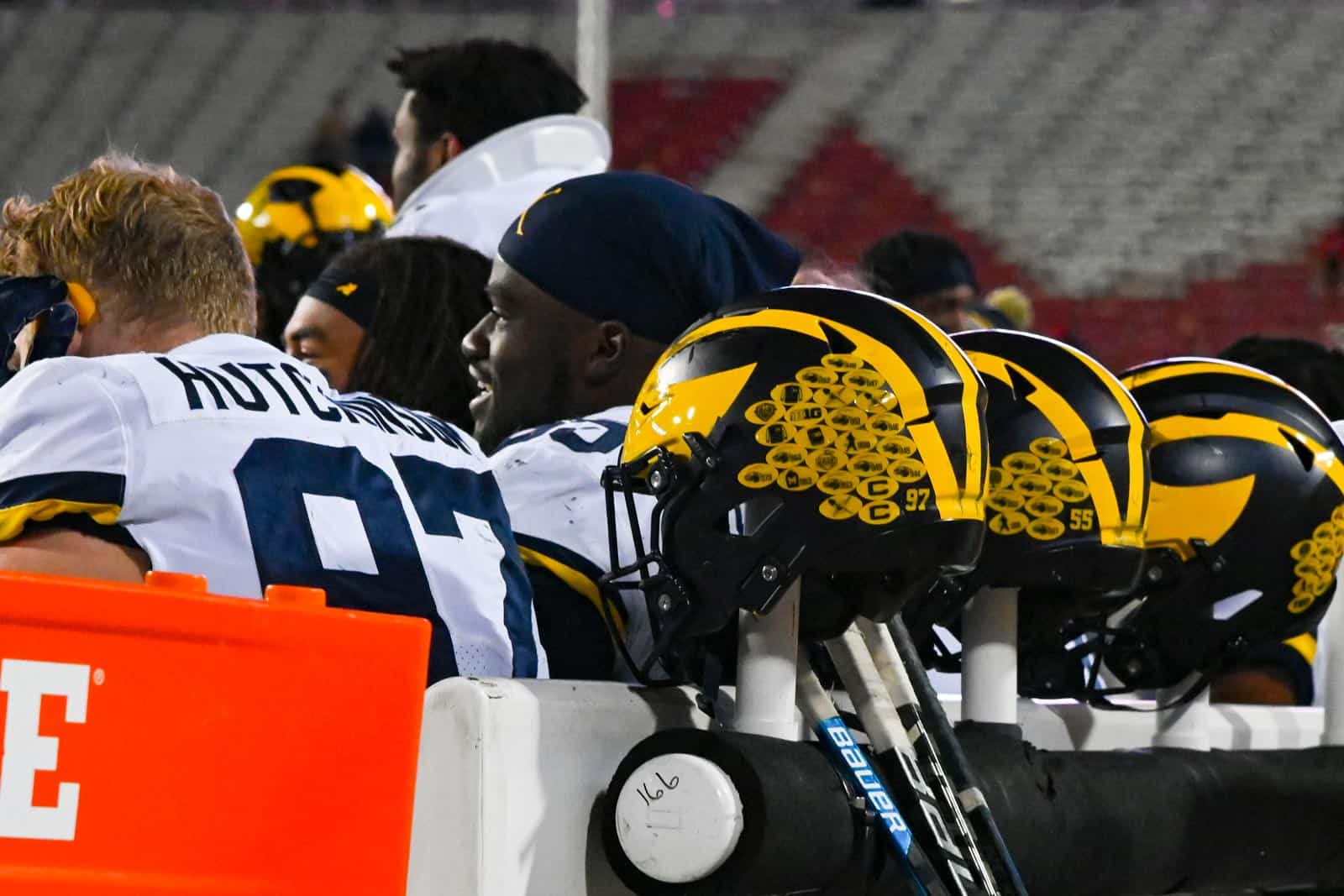 College football bowl projections for the 2021 season have been released by Bowl Season following the games of Week 13.

Bowl Season is the “collective coalition of the 44 bowl games played in the traditional college football postseason.” Their bowl projections are “…a thoughtful view towards what bowl match-ups might look like if the season ended today. They are a fun way to look at all of the games based on the CFP rankings and conference standings. ”

The College Football Playoff semifinal games this season will take place on New Year’s Eve, Friday, Dec. 31, 2021. Hosts in 2021 are the Goodyear Cotton Bowl Classic at AT&T Stadium in Arlington, Texas, and the Capital One Orange Bowl at Hard Rock Stadium in Miami Gardens, Fla.

Bowl Season projects the top-ranked Georgia Bulldogs to face the No. 4 Cincinnati Bearcats in the Orange Bowl. They predict that the Cotton Bowl Classic will feature a matchup between the No. 2 Michigan Wolverines and the No. 3 Alabama Crimson Tide.

On New Year’s Day this season, five bowl games are scheduled beginning with the Outback Bowl at 12:00pm ET on ESPN2 (projection: Wisconsin vs. Kentucky) and the Vrbo Citrus Bowl at 1:00pm ET on ABC (projection: Iowa vs. Texas A&M).

Check out the complete list of Bowl Season’s bowl projections for Week 13 in the graphic below: 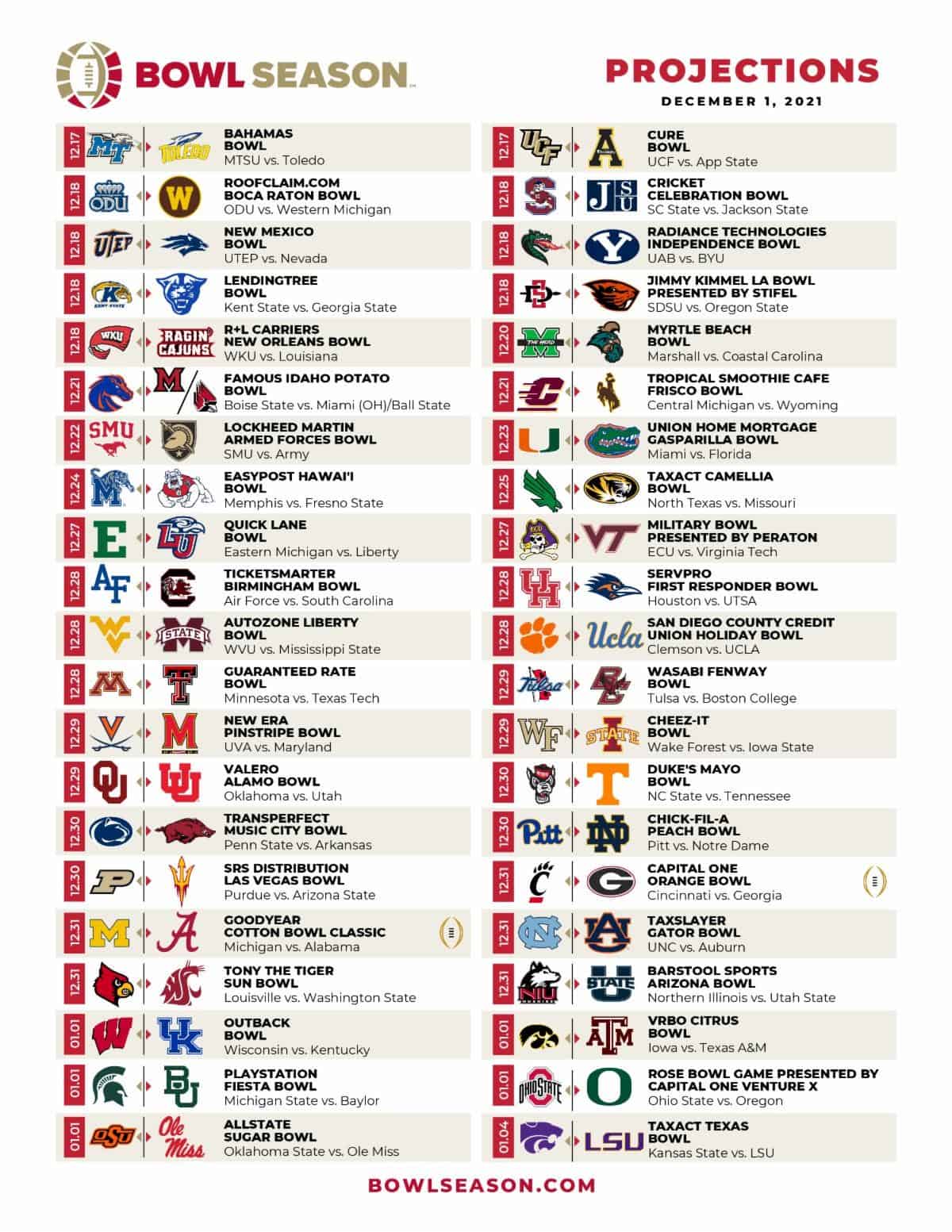 This needs updating. Utah is going to Rose Bowl, Oregon is going to theToilet Bowl which they and the sports writers so richly deserve. Mario Cristobal to Miami? He sure won’t be able to recruit in California anymore now that USC has snatched Riley away from Norman. Lincoln has NO idea what he is in for!

This will not be updated.