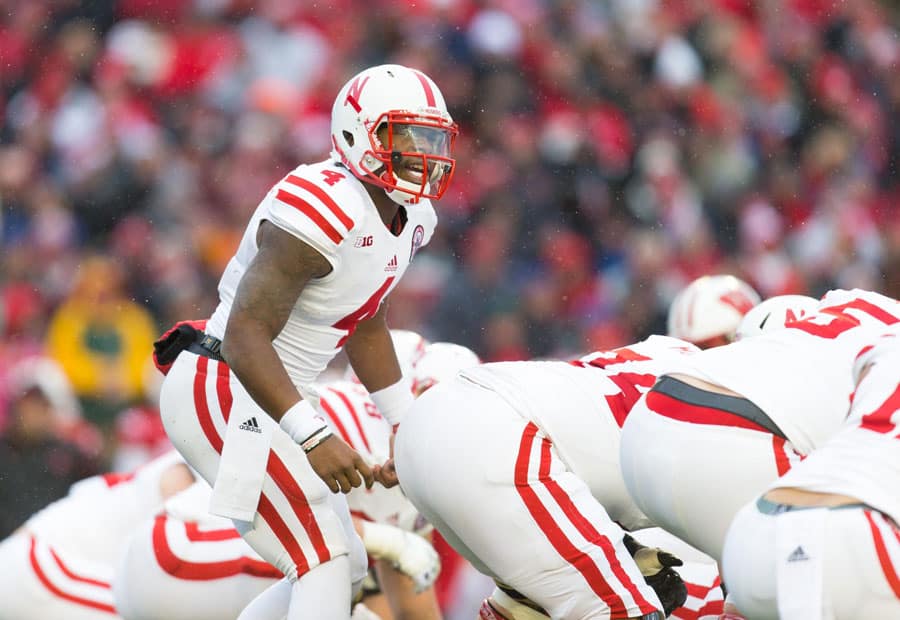 Want to see something that’s never been seen before?

Tune in to each of the seven games listed below, all featuring schools which have never, ever squared off on the football field.

Each is an opportunity to be a part of a new chapter in the 146-year old history of the college gridiron.

Michigan State has only squared off with one of the three FBS military academies twice in its 130-year football history, posting an 0-2 mark vs. Army. The record consists of a 10-6 loss in the 1984 Cherry Bowl (in Pontiac, Mich.) and a 20-7 regular-season defeat way back in 1931.

The Spartans’ game with Air Force also marks only the 12th time they’ve faced a current Mountain West member. They are 9-2 all-time vs. the MWC, the only two losses coming via a 23-16 defeat to Colorado State in the 1998 season opener and a 41-38 loss at Hawaii late in the 2004 season.

Kansas hasn’t played a football game in New Jersey since 1993, when it kicked off its season in East Rutherford with a 42-0 loss to Florida State. All-time, the Jayhawks are 39-117-3 against current Big Ten teams. While they’ve played all of the league’s long-standing members minus Ohio State and Purdue, they’ve never faced either of its newest schools, Rutgers or Maryland.

Though the Scarlet Knights have never faced Kansas, they did square off with K-State in the 2006 Texas Bowl, a game they won 37-10. Rutgers is 6-35-2 all-time against current Big 12 members, the bulk of the work coming via its 4-33-2 mark vs. West Virginia. If you throw those games out, the Scarlet Knights are 2-2 vs. the Big 12 with wins over Iowa State and K-State and a pair of losses to Texas.

Despite a lack of the “must see” appeal offered by other first-time meetings, Purdue is the second of Virginia Tech’s two Big Ten opponents in 2015, coming two weeks after it hosts Ohio State in the opener.

For Purdue, it’s the first time it’s played an ACC foe since squaring off with Maryland in the 2006 Champs Sports Bowl, a 24-7 loss. The last time it faced a current ACC program was in 2003, when it traveled to Wake Forest and won 16-10. Overall, the Boilermakers are 14-13-2 vs. current ACC members.

The Cornhuskers are 11-9-1 all-time vs. independent foes, a record that’s completely made up of action vs. Army (3-2) and Notre Dame (8-7-1). Though Nebraska has never welcomed the Cougars to Lincoln, they have hosted Utah four times, all Cornhusker wins, and Utah State eight times, also all resulting in victories.

BYU has only played current Big Ten members 11 times in its 94-year football history and only four times in the regular season. The most recent clash came via a 27-17 loss to Wisconsin in Madison in 2013 and the last such win came in 1992, a 30-17 win over Penn State in Provo.

This game marks only the sixth time in history that Virginia has squared off with a current Mountain West member and only the third time they’ve hosted such a team in Charlottesville. Overall, it’s 2-3 vs. the MWC, the most-recent action coming via a 2007 loss to Wyoming in Laramie and the latest win coming vs. the Cowboys in 2006 in Scott Stadium.

Though Boise State triumphed over Virginia Tech in 2006 (in Landover, Md.), it’s never played a football game in the state of Virginia. All-time it’s 2-2 vs. the ACC, three of the four games coming in bowl action. That makes this years’ clash with the Cavaliers only the second time in history the Broncos have played an ACC team in the regular season, the only other being the win over the Hokies.

Before you pooh-pooh this first-ever as subpar, keep in mind that UCF comes into 2015 off back-to-back American Athletic championship seasons, while Stanford posted consecutive Pac-12 crowns in 2012 and 2013. That makes it the best matchup in terms of recent, proven success.

The Cardinal is 9-4-1 vs. current American Athletic members, the bulk of which comes via a 7-1 mark with Tulane, a team it played eight times from 1961-1980. The last time Stanford fell to an AAC team was in 2006, when Navy (which joined the conference this season) sailed into town and captured a 37-9 victory.

UCF has only fielded a football team since 1979 and has only had one previous meeting with a Pac-12 member, a 46-13 loss to Arizona State in 2002 in Tempe. Though they did travel all the way to Hawaii in 1995, a 45-14 regular-season loss to the Rainbow Warriors, this is the Knights’ first-ever road trip to California.

Perhaps the most attractive matchup of the bunch, Texas A&M hasn’t played a team that was a Pac-12 member when the two met since 2006, when it lost to Cal in the Holiday Bowl. It’s last such win came in 1992, a 10-7 triumph over Stanford in the season opener in Anaheim, Calif.

Arizona State, on the other hand, is 3-9 all-time vs. the SEC, the bulk of that coming via a 3-4 mark vs. Missouri. Throwing that out, the Sun Devils have never beaten another SEC member, losing previous games to Arkansas (0-2), Georgia (0-2) and LSU (0-1).

Pretty good list. I had previously thought BYU and Michigan had never met before, but they met in the 1984 Holiday Bowl (BYU’s national championship season).

Texas A&M vs Zona St, great match-up! Lets see how many points will be scored in this one, over a 100.

Georgia Southern is going to win that game.

Don’t forget the underwhelming Oregon-Georgia St matchup on 9/19!! The whole world’s waiting for that one, right?

With BYU being independent I expect we’ll see them on this list in many future years too. I love who they are scheduling. It’s a great time to be a Cougar fan.

Don’t forget Texas at Notre Dame. Texas is rebuilding while the Irish feature a talented but not yet proven QB in Malik Zaire. Should be an interesting 1st game contest.

Article is about first-ever meetings, not first week meetings.

I actually have BYU beating Nebraska because of the injuries and suspensions for game 1.

Remember the BYU-Memphis Miami Beach Brawl, equal Cougars and ‘Huskers will be out.

This is the first time in over 100 years that Notre Dame is not playing a Big 10 team!