Colgate to play at Western Michigan in 2020 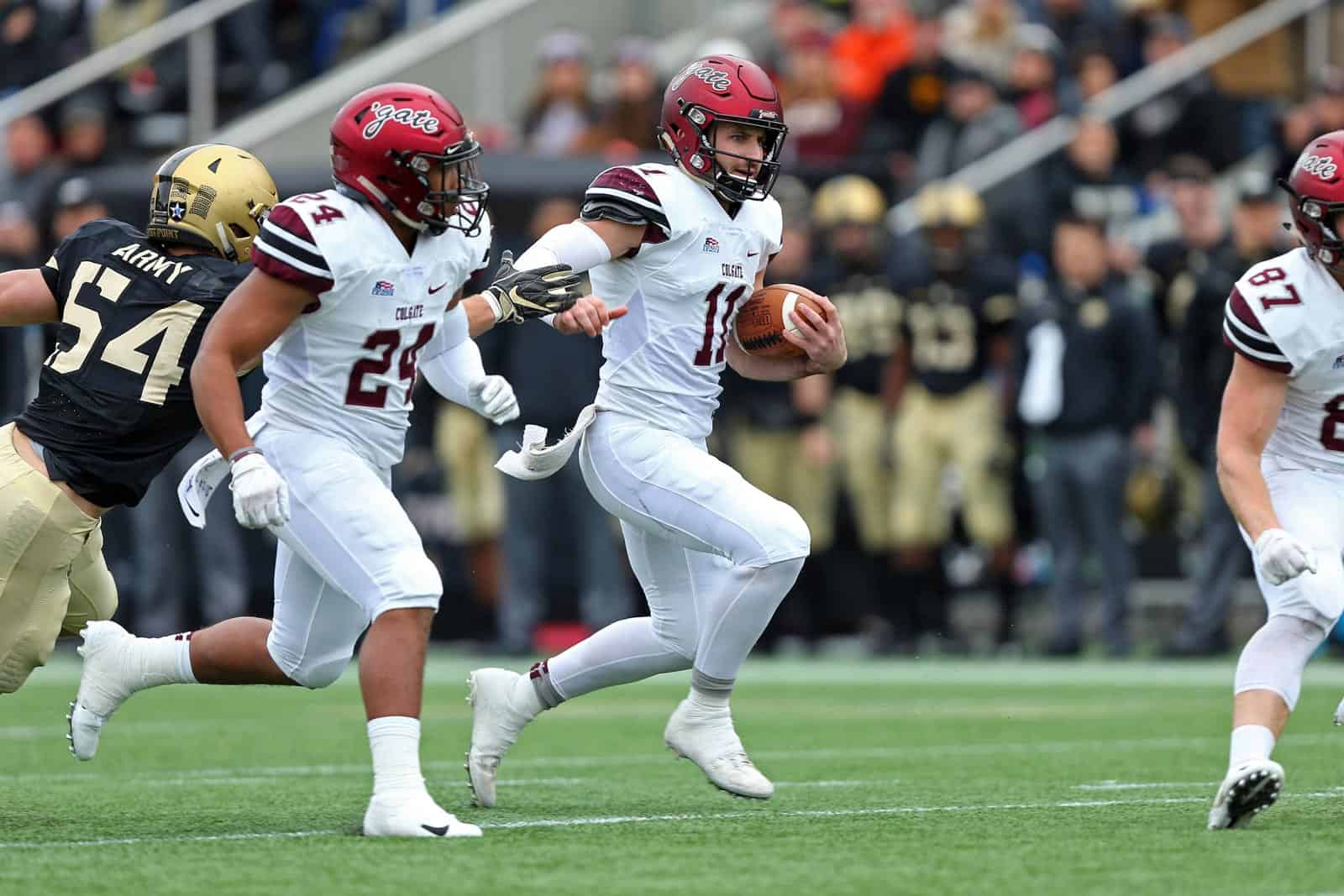 The Colgate Raiders will play at the Western Michigan Broncos in 2020, according to Colgate’s official website.

Colgate will travel to take on Western Michigan at Waldo Stadium in Kalamazoo, Michigan, on Sept. 5, 2020. The two schools have never squared off on the gridiron.

Colgate, a member of the Patriot League in the Football Championship Subdivision (FCS), has also released the remainder of their 2020 football schedule. Previously, they listed a game on Sept. 5 at home against Cal Poly which has either been postponed or canceled.

The Raiders will open the 2020 season with three consecutive non-conference contests. After playing at Western Michigan, Colgate is scheduled to visit William & Mary on Sept. 12 and Syracuse on Sept. 19.

Colgate’s first home contest at Andy Kerr Stadium in Hamilton, New York, is slated for Sept. 26 against New Hampshire. That’s followed by another home-contest, also their Patriot League opener, against Georgetown on Oct. 3.

The Raiders then play at Lehigh on Oct. 10 before returning home to host their final non-conference opponent of the season, Cornell, on Oct. 17.

Colgate’s remaining four games are split evenly by their only open date of the season on Nov. 7. The Raiders host Holy Cross on Oct. 24, play at Bucknell on Oct. 31, host Lafayette on Nov. 14, and travel to Fordham on Nov. 21 to conclude the regular-season.

The addition of Colgate completes Western Michigan’s non-conference schedule for the 2020 season. Other opponents scheduled for the Broncos include road contests at Cincinnati (Sept. 12) and Notre Dame (Sept. 19) and a home game against Syracuse (Sept. 26).