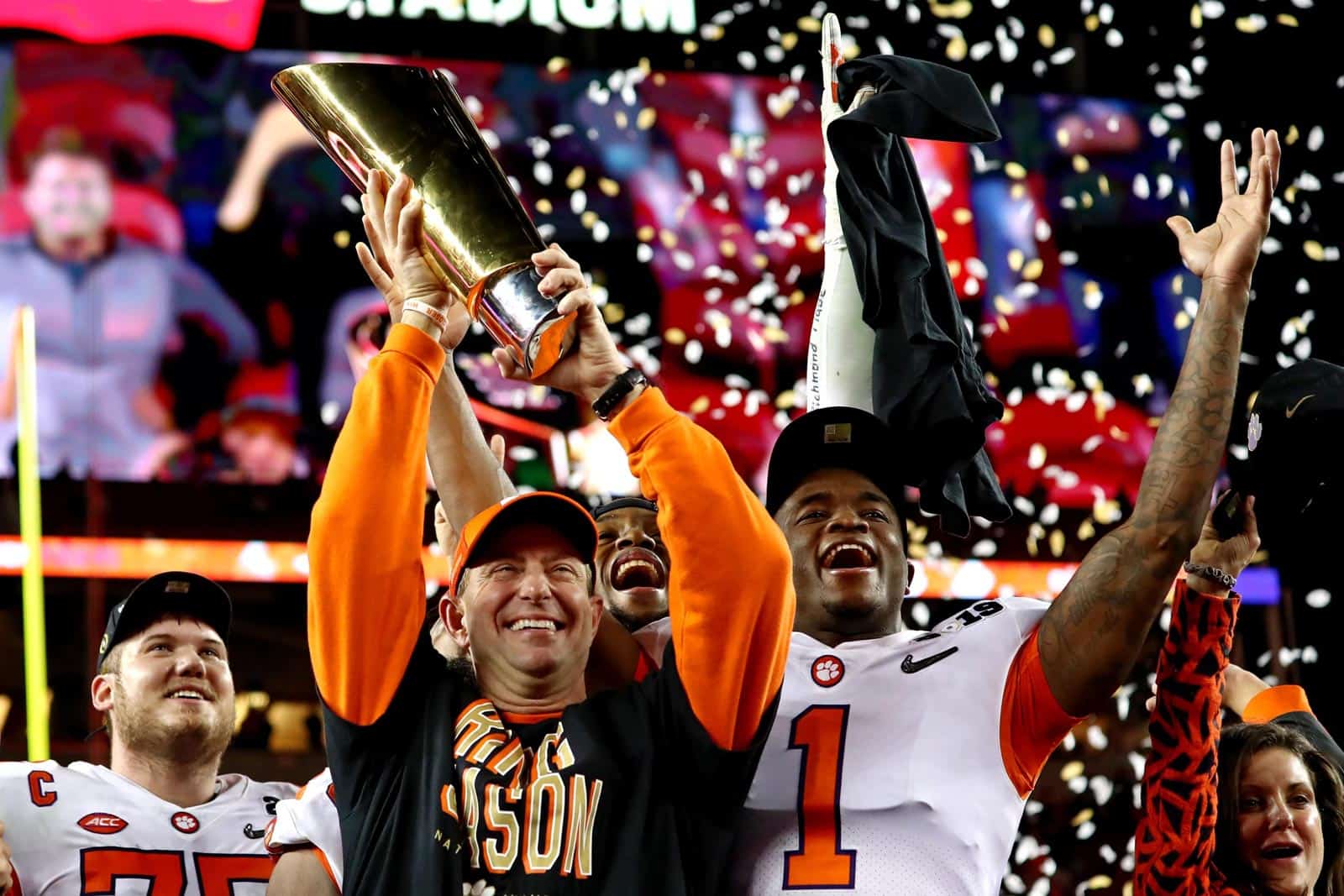 The Clemson Tigers crushed the Alabama Crimson Tide 44-16 to win the College Football National Championship for the 2018 season.

Clemson finished the season 15-0 overall and became the first team with that record since the Penn Quakers went 15-0 way back in 1897.

“I mean, our guys had the eye of the tiger, but I’m so proud, and then for our seniors to be able to go out 15-0 and truly be the best ever — there was a lot of talk about best ever all year long,” Clemson head coach Dabo Swinney said. “We were never in that conversation. But tonight, there’s no doubt. First 15-0 team, to beat Notre Dame and to beat Alabama to do it, this team won 13 games by 20 points or more and led by an unbelievable group of seniors, amazing group. I’m just thankful to be a part of it.”

Clemson opened the game with a three-and-out on offense, but then A.J. Terrell intercepted Tua Tagovailoa on Alabama’s first possession and returned it for a touchdown.

True freshman quarterback Trevor Lawrence took over from there, completing 20-of-32 passes for 347 yards and three touchdowns. Sophomore running back Travis Etienne led all rushers with 14 carries for 86 yards and two touchdowns.

Alabama had been ranked number one for the entire 2018 season. The Crimson Tide (14-1) finish the season on a bitter note after winning 16 consecutive games dating back to the 2017 season.

“One game doesn’t define who you are,” Alabama head coach Nick Saban said. “But I also told the players that sometimes we learn more when things don’t go well, when we lose.”

Clemson and Alabama will likely head into the 2019 season ranked number one and number two. It’s probably a safe bet thqt the two teams will meet again in the 2019 College Football Playoff.