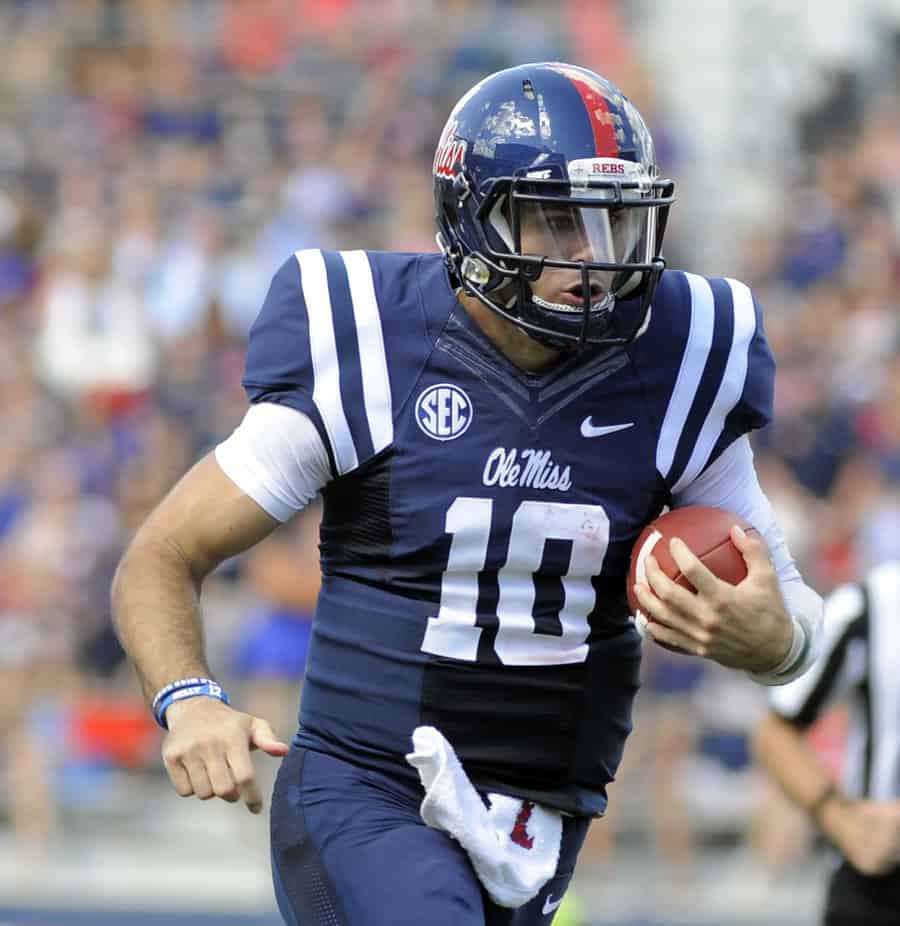 It’s time for Week 3 of the Sixer! We have a ton of great action to get to this week, but before we do, here are our standings thus far!

And here’s where we stand for the season:

(Editor’s note:  The system calculates any games not picked as a loss.  Therefore, these numbers may be a bit more deceiving than they appear.)

Note that our friend Paul over at Stadium Journey has already jumped out to the lead.  He is clearly gunning to give himself a prize from his own site.  Therefore, if you want to step up and take it from him, now’s your chance! As with every week, enter your picks here (once you log in, you should be taken to the link to make your picks).  If you’d like to join and have not yet done so, here’s the link!

We’ll take you to six contests this week featuring 2-0 teams facing each other, but before we do…it’s trivia time!

The Sixer Trivia, Week 3 (answer at the end of the column):  Four straight Fighting Irish quarterbacks have won their first start as a Golden Domer.  Who was the last Notre Dame quarterback not to win his first start?

Print that, tweet that, whatever:  Northwestern has clearly arrived.  So has Duke.  Don’t let the Top 25 rankings fool you.  This one should be tremendous.

Print that, tweet that, whatever:  Georgia Tech is the chic upset pick this week among most pundits.  A Yellow Jacket victory here would be far from an upset.

Print that, tweet that, whatever:  Expect a close grind of a game in this one.  That might be best, as neither team is really suited to throw their way out of a deficit.

Print that, tweet that, whatever:  We can’t even call this a “trap” game for the Buckeyes, but NIU is no easy out for anyone.  OSU should win, but may have a scrape.

Print that, tweet that, whatever:  Alabama at home on a Saturday night seems almost like a fait accompli for the Tide, but what better way for Ole Miss to quiet the skeptics?

Print that, tweet that, whatever:  The clock has to strike midnight at some point on BYU, but a victory in the Rose Bowl would trump the previous two.

Trivia answer:  I asked earlier:  Four straight Fighting Irish quarterbacks have won their first start as a Golden Domer.  Who was the last Notre Dame quarterback not to win his first start?

Evan Sharpley took the snaps for Notre Dame in a 38-0 loss to USC on October 20, 2007.  Sharpley was 17-for-33 for 117 yards and a rip.  He finished his Notre Dame career completing 81-of-147 passes for 761 yards and five touchdowns, against three picks.  Sharpley later was a 50th-round draft pick of the Seattle Mariners, batting .267 with 13 home runs and 71 RBIs over parts of two seasons in Minor League Baseball.

Extremely well written analysis of the upcoming contests.There are some really good games,potentially,and could spell a march toward the BCS,or a fallback for some.