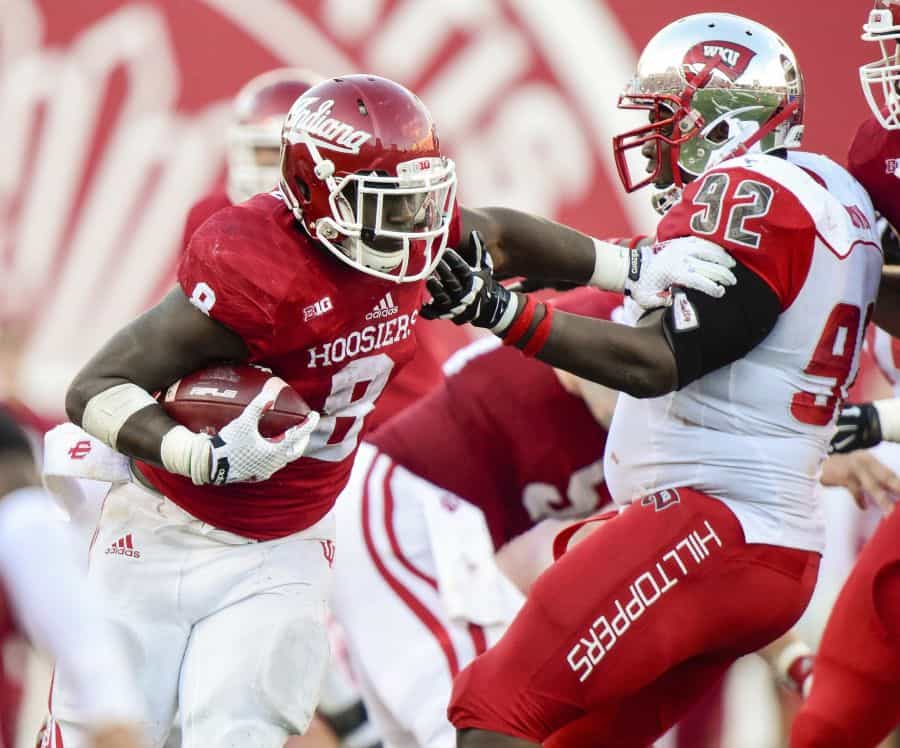 We’re (largely) into the swing of ACC play, and it’s time for our look ahead at Week 4. There are nine intriguing games on the slate this week, including a few teams that are approaching “put up or shut up” territory. Before we tread into things we don’t know, we should review what we do know.

These Things We Know

Hi @CollegeGameDay — we know you're busy this Saturday but maybe we could get together next week? DM if interested… pic.twitter.com/f6N5xoULJi

While you’re making your plans for a “hot date” this weekend, it’s trivia time!

ACC Trivia, Week 4 (answer at the end of the column): Virginia has not yet forced a takeaway on defense this year, making them one of three FBS teams to be able to make that dubious claim. Who are the other two teams? (hint: one is a fellow ACC school)

Print that, tweet that, whatever: Virginia surrendered nearly 400 yards (on 76 plays) to FCS William & Mary last week. Whomever quarterbacks for Boise should claim a win.

Print that, tweet that, whatever: Both teams come in off devastating losses to teams they were expected to beat. The advantage may, oddly, go to the loser this week.

Print that, tweet that, whatever: On paper, this looks like a huge LSU win. Can Syracuse make a statement in the Carrier Dome?

Info button: The Blue Hens of the Colonial Athletic Association (FCS) come into this one off a 28-21 loss at #6/3 Villanova to begin their conference slate. Delaware lost to Jacksonville of the Pioneer League to start their season, while defeating Lafayette of the Patriot League. … Delaware actually owns a reasonably impressive record of success against FBS schools, having won 78 of their 148 previous meetings. They last defeated an FBS team in 2007, downing Navy 59-52. … Head coach Dave Brock spent two years (2005-06) as an assistant in Chapel Hill, working under then-head coach John Bunting. Brock coached wide receivers, served as the assistant head coach, and coordinated recruiting during his two years of calling Kenan Stadium home. … Delaware was projected to finish sixth in the CAA by the league’s coaches and sports information directors.

Print that, tweet that, whatever: At one time, Delaware might have been a trendy upset pick. That time isn’t this year, though. A Tar Heel tuneup before heading to Atlanta.

Print that, tweet that, whatever: This game should be closer than we may think. Indiana’s celebration would be short-lived, though. A visit from Ohio State looms.

Print that, tweet that, whatever: Can the Huskies overcome the hangover of taking Ohio State to the limit and not closing? Which is the real BC team? Questions abound.

Print that, tweet that, whatever: East Carolina has defensive concerns, and doesn’t (yet) have the offense to mask them. The Hokies should win another tight one.

Info button: Samford, a perennial FCS playoff contender, suffered their only loss of the season last week, a 31-21 in-conference defeat at the hands of tenth-ranked Chattanooga in Birmingham. … Bulldogs head coach Chris Hatcher is familiar with the Cardinals, having come to Samford from fellow Bluegrass State school Murray State. His Racers didn’t fare so well against the Cards last year, falling 66-21 in Louisville. Louisville posted 603 yards of offense in the tilt. … Samford was projected to finish second in the SoCon in the preseason media poll, while the coaches picked them third. Chattanooga was the predicted champ in both polls. … A win over Louisville would give Samford just their fourth-ever win against current ACC foes, and their first against anyone in the conference aside from Miami. The Bulldogs defeated the ‘Canes in 1927, 1928 and 1930.

Print that, tweet that, whatever: Hatcher is a brilliant offensive mind who clearly knows his opponent. That won’t be nearly enough against the angry Cardinals.

Print that, tweet that, whatever: NC State has won the first two games of the three-gamer between the schools. Look for a sweep here before Louisville invades Raleigh.

Trivia answer: I asked earlier: Virginia has not yet forced a takeaway on defense this year, making them one of three FBS teams to be able to make that dubious claim. Who are the other two teams? (hint: one is a fellow ACC school)

Vanderbilt and Wake Forest are the other two schools without a defensive takeaway this season. Virginia is 102nd in the nation (last in the ACC) in total defense, surrendering nearly 445 yards per contest.

As always,you have a most comprehensive analysis,filled with little known facts and stats about past performances.You are the master of trivia.

I can’t wait for some Indiana vs. Western Kentucky ACC action!

The downfall of non-conference games. One is left with a photo of a Hilltopper being stiff-armed. :)

The MPC Computers bowl is NOT defunct, they just changed title sponsor, like most bowls.

But it’s *not* defunct. Inigo says defunct does not mean what you think it means.
.
The Humanitarian Bowl is the longest-surviving cold weather bowl. It’s approaching 20 years running, which is impressive, and not defunct.
.
The Bacardi Bowl, sadly, is “long defunct”. Literally.

David, ha, the Bacardi Bowl. Didn’t know about this. Hopefully a new bowl game coming to Cuba in the near future!

Brian, Do some research. Just because a bowl game changes title sponsors does not mean the bowl game is defunct. Some bowl games indeed have been dissolved and become defunct, only to have another bowl established in the same city/stadium but by another committee. However the Potato Bowl, the Roady’s and uDrove Humanitarian Bowl’s, the Crucial/Micron bowl and MPC bowl are all the same bowl game organized and sponsored by the same committee, but under different title sponsors. A few of the games were without a title sponsor.

So best to admit it when you are wrong and move on.