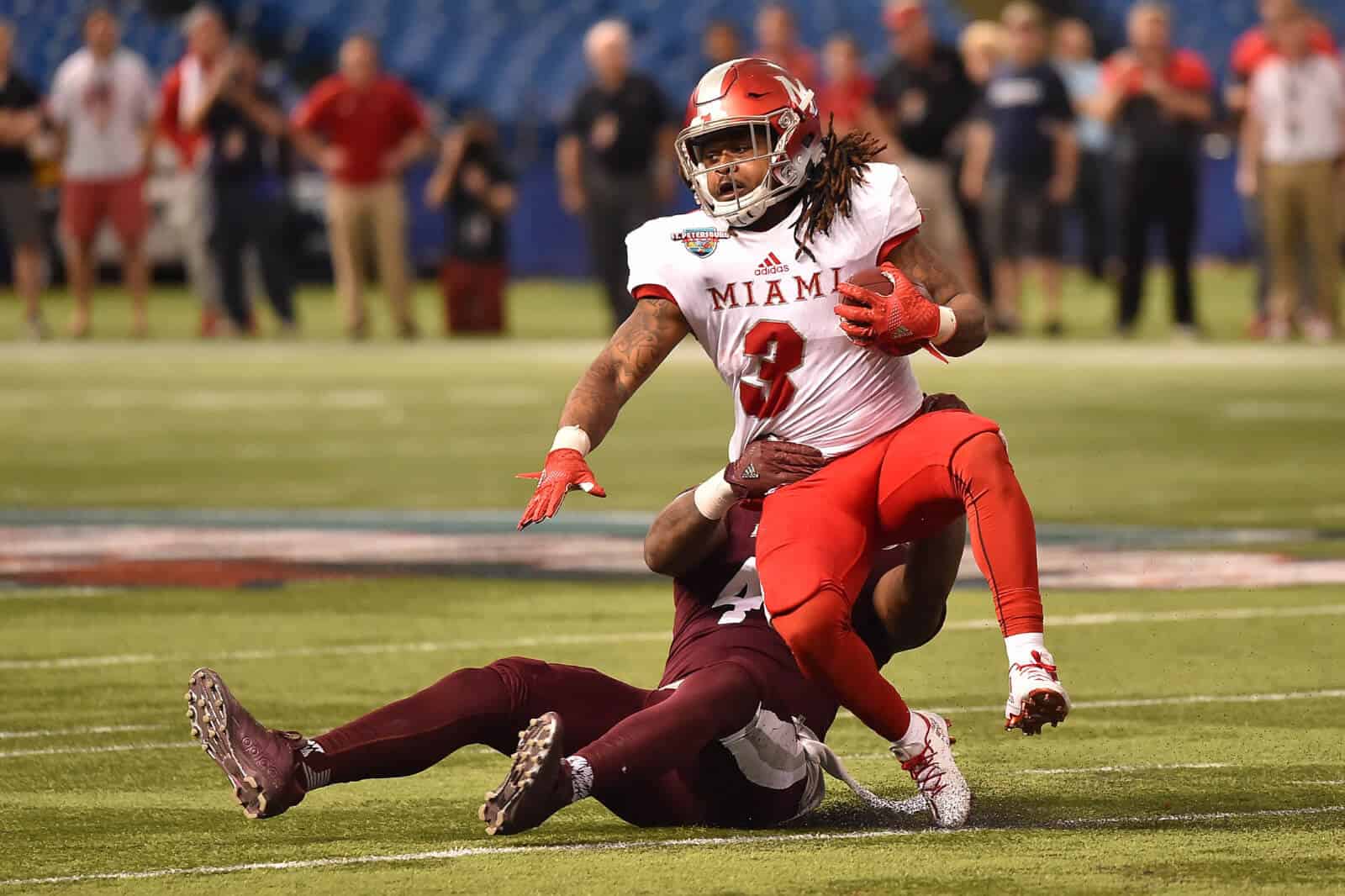 The annual series between Cincinnati and Miami (OH) has been extended through 2029, the schools reported Monday.

“Rivalries that date back into the 1800’s are uniquely valued and are deserving of being treasured by our collective fan bases, students and alumni,” Cincinnati Director of Athletics Mike Bohn stated in the release. “We recognize the opportunity to escalate the intensity of interest in the series with this extension and utilizing Paul Brown Stadium within the mix of venues to compete. Both institutions are committed to building upon the rich history of the rivalry and we look forward to fostering a high level of pageantry through widespread community support of college football in Cincinnati.”

The series’ first game was played in 1888. Miami leads the close standings in the Battle for the Victory Bell, having won 59 of the 121 games to Cincinnati’s 55 (seven ties).

The dates and venues announced for the extended series are as follows:

“One of the best aspects of college athletics is community – in that it brings people together and rivalry games with history play a large role in that,” added Miami Athletics Director David Sayler. “I am thankful to Mike Bohn for working with us on this and I am excited for the future of the series, including the games at Paul Brown Stadium where both schools will be partners in making those contests into feature events for all our great fans in and around the region to join in on.”

Why are some at paul brown?

I dunno, why was the Iron Bowl at Legion Field for forty years. ::eyeroll::

neutral site. But cin gets one at their stadium plus one at paul brown.

It’s so strange that games like A&M vs. Texas, Nebaska vs. OU, Pitt vs. WVU, and Missouri vs. Kansas have been discontinued, while THIS game, of all the old rivalries between teams in different leagues, is one that has survived.

Also, this series is yet another example of how the whole “Power 6” campaign is laughable. No team from the real Power 5 would schedule a long term series with a team from a G5 conference. I suppose the one exception might be independent Notre Dame playing Navy annually, but that is because Notre Dame agreed to do so as a thank you to the Navy for helping keep ND from shutting down during World War II. The big bad American Conference is supposed to be above scheduling long term series against teams from the lowly MAC, Sun Belt, C-USA, or Mountain West.

If CIncinnati ends up in a Power 5 league soon I would expect the Bearcats to dump this series in favor of pursing one with OSU (especially now that Luke FIckell is coach).

I don’t think Notre Dame will EVER give up the Navy series – the debt is taken to heart, its a great story and as close as ND can get to a sure win.

If the Paul Brown games are an eat-what-you-kill proposition for the teams, this calculates to an 8:5 series for Cincinnati – not a 2:1 but almost.