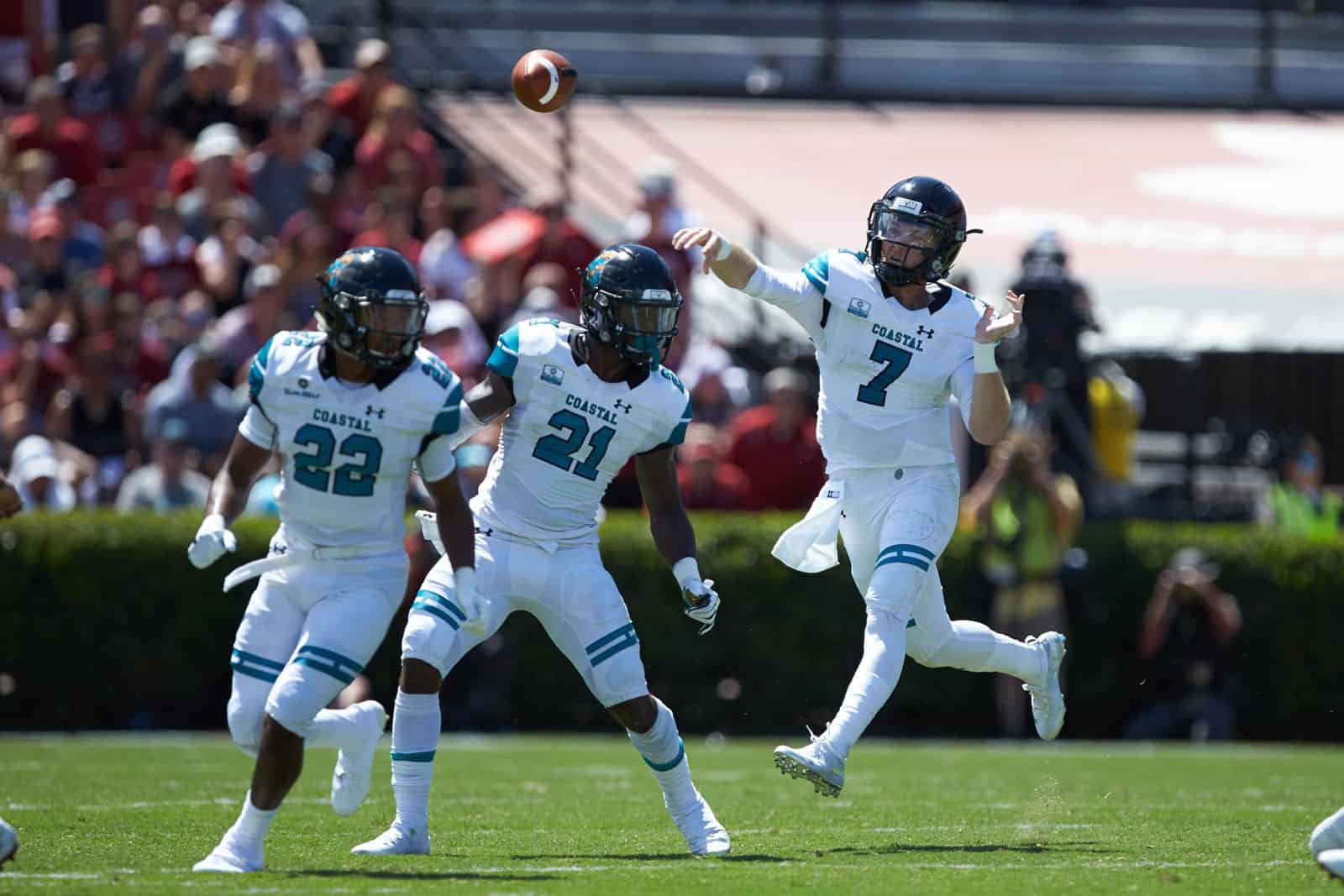 The Campbell at Coastal Carolina football game scheduled for Saturday, Sept. 15 has been moved due to the threat of Hurricane Florence, the two schools announced on Monday.

The game was originally scheduled to be played at Coastal Carolina’s Brooks Stadium in Conway, South Carolina. Due to the approaching storm, the game will now be played at Cambpell’s Barker-Lane Stadium in Buies Creek, North Carolina on Wednesday, Sept. 12.

“Given the close proximity of our campuses and based on current available information regarding the storm, there was mutual interest in playing the game on Wednesday,” said CCU Director of Athletics Matt Hogue. “Our team planned to relocate until the passing of the storm regardless, so moving the game to Buies Creek worked with that plan. The safety of our student-athletes, fans and event staff are of the utmost concern to Coastal Carolina University. We look forward to seeing all of our fans back at Brooks Stadium on Oct. 13 for Family Weekend.”

“Over the past 36 hours of discussion, playing the contest here at Campbell became the best option for all parties involved,” said Campbell Director of Athletics Bob Roller. “Our University staff and community are well-equipped to turn around a game of this significance on short notice, and we can stay well ahead of the pending weather.”

So would this be the first ever FBS at FCS competition? Asking for a friend

Am I the only one who thinks its wierd that an FBS @ FCS game is going on?