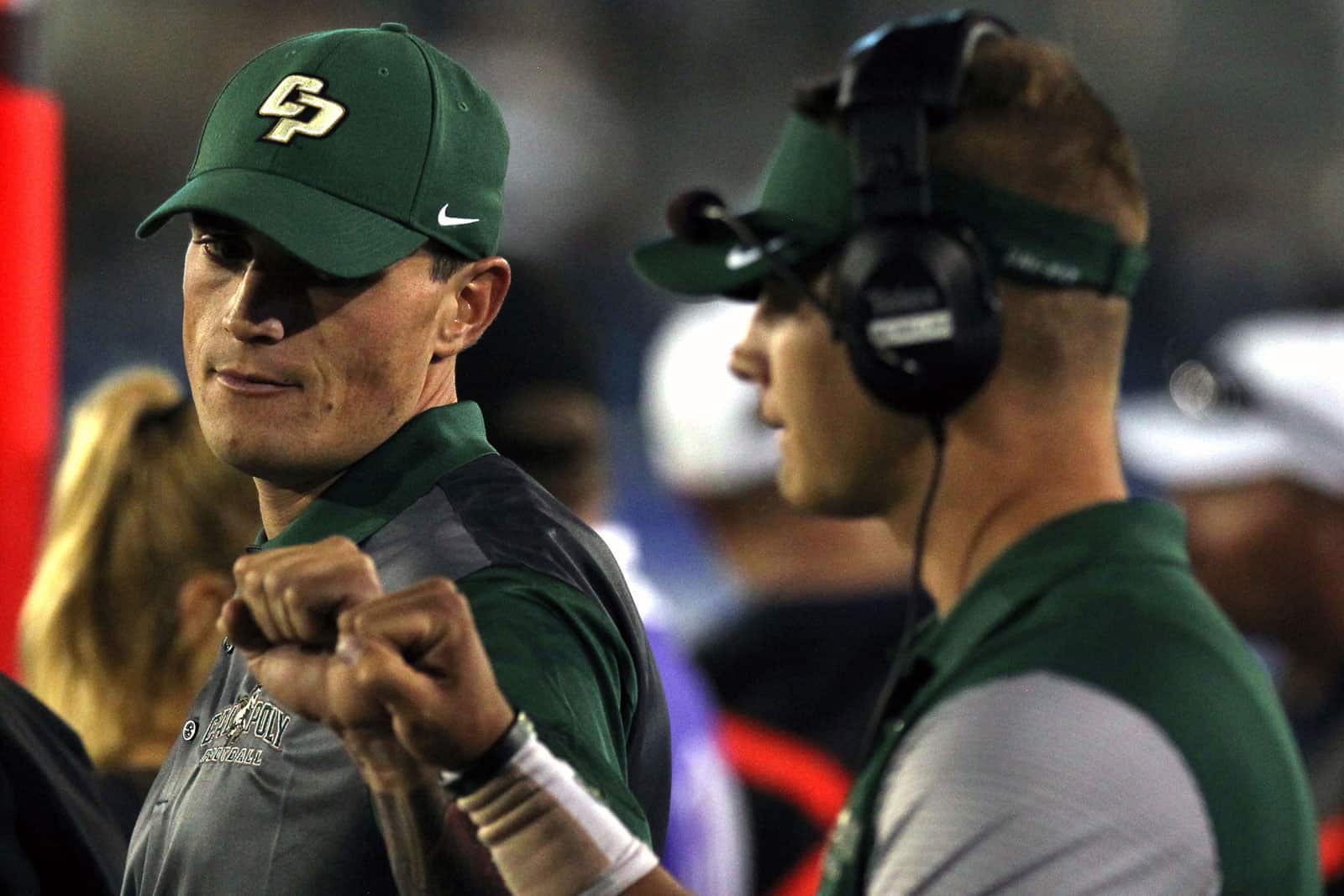 The Cal Poly Mustangs have officially announced their 2019 football schedule, which includes a game at Oregon State.

Cal Poly opens the 2019 season against the University of San Diego at home at Alex G. Spanos Stadium in San Luis Obispo, California, on Saturday, Aug. 31.

The Mustangs don’t host another game at home until five weeks later when the Montana State Bobcats visit on Oct. 5. Other home games for Cal Poly in 2019 include North Dakota on Oct. 19, Sacramento State on Oct. 26 (Mustang Family Weekend), and Eastern Washington on Nov. 16.

The Eastern Washington game on Nov. 16 will serve as Cal Poly’s 2019 Alumni Weekend, a Homecoming Celebration, and Hats Off to Heroes.

During the month of September, Cal Poly will play three consecutive road games with one open date mixed in. The Mustangs visit Weber State on Sept. 7, Oregon State on Sept. 14, have a bye on Sept. 21, and then travel to Southern Utah on Sept. 28.

Remaining road games for the Mustangs include UC Davis on Oct. 12 (Battle for the Golden Horseshoe), Idaho on Nov. 2, and Northern Colorado on Nov. 23.

Cal Poly’s second and final open date of the season is scheduled for Nov. 9.

So Cal Poly’s game against Weber State, which is a member of the Big Sky just like Mustangs, does not count as a conference game, but the game against North Dakota, which is no longer in the conference, DOES count. That’s crazy.