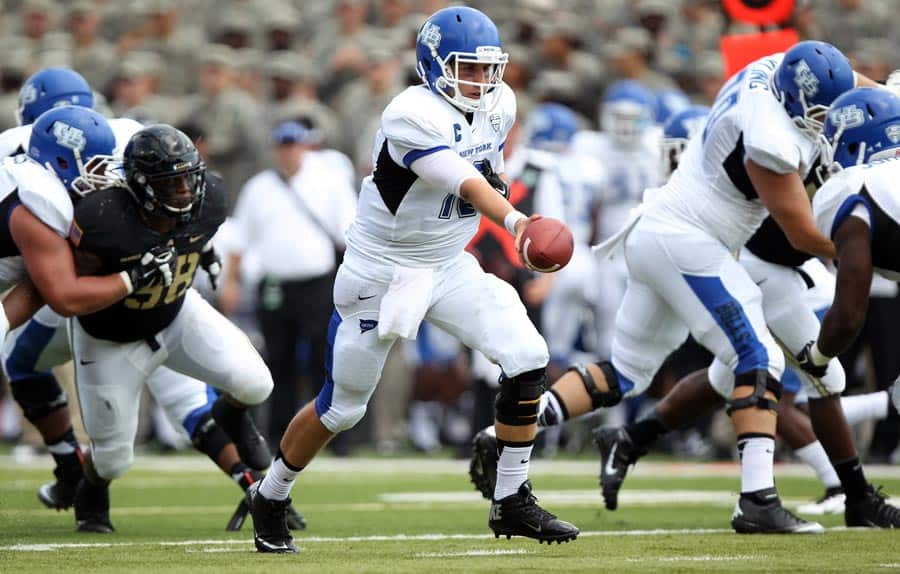 The Buffalo Bulls have added the Colgate Raiders to their 2017 football schedule, according to Colgate’s official website.

Buffalo will host Colgate at UB Stadium on Sept. 16, 2017. The game will be the 16th time the two schools have met on the gridiron. Colgate currently leads the overall series 8-7 after defeating the Bulls 38-15 in Buffalo in 2003.

The two schools first met way back in 1898, a game that Buffalo won 23-0. Eleven of the meetings have taken place in Buffalo while the remaining four were played at Colgate, which is located in Hamilton, New York.

Colgate is a member of the Patriot League in the Football Championship Subdivision (FCS). In their first season under new head coach Dan Hunt, the Raiders finished 5-7 overall and 3-3 in the conference.

Buffalo now has three non-conference games scheduled for the 2017 season. The Bulls are currently slated to open the season at Minnesota on Aug. 31 and host Florida Atlantic on Sept. 23, a week after Colgate visits.

Buffalo opens the 2015 season on Saturday, Sept. 5 at home against the Albany Great Danes.