Breaking down Week 3 of the 2019 college football schedule 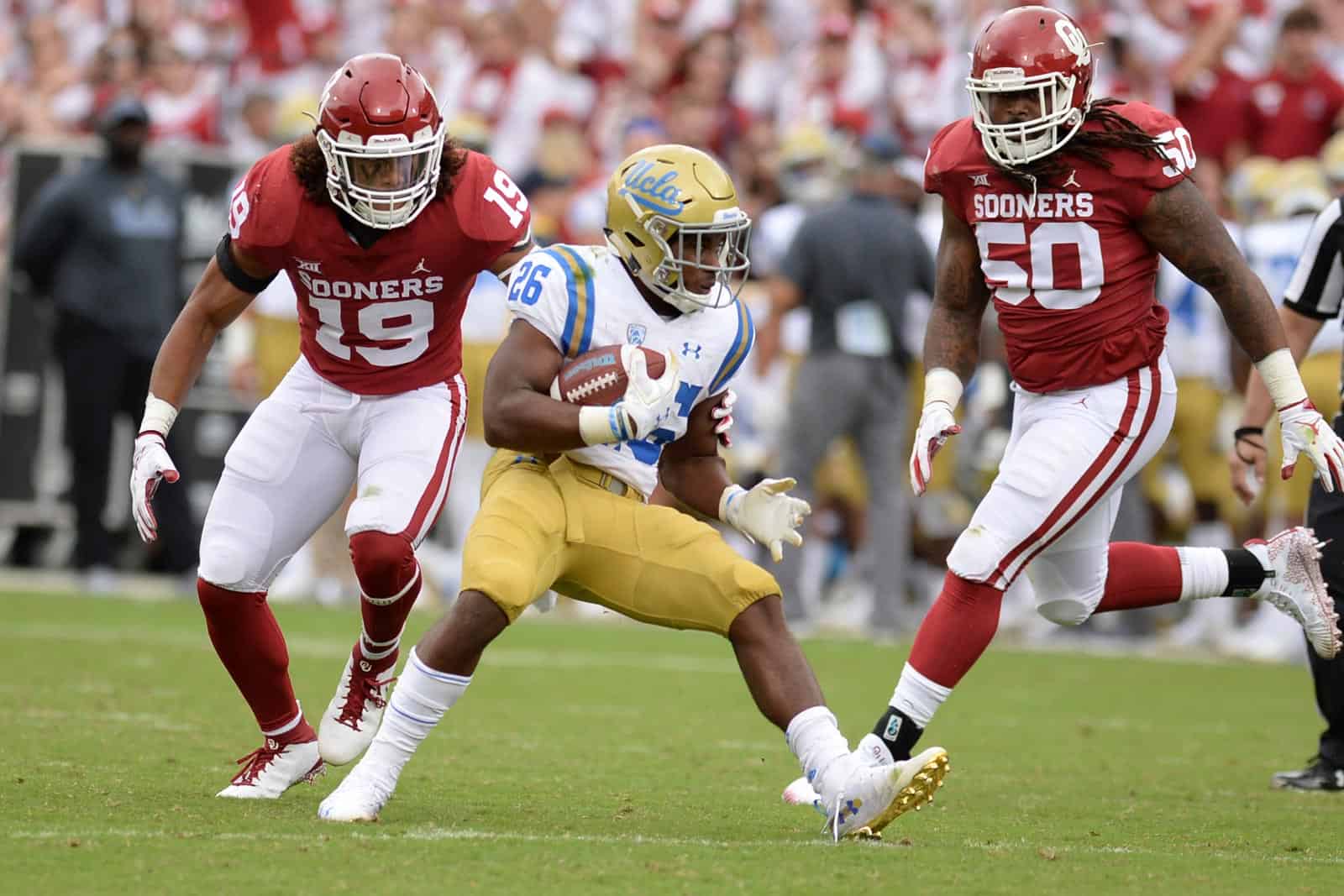 What Week 3 of the 2019 college football schedule might lack in curb appeal, it more than makes up for once you get inside and look around.

With the NFL kicking off its Week 2 slate on Thursday night, Week 3 for the collegians doesn’t start until Friday evening. The good news is all three matchups feature Power clubs clashing and all three ooze with potential story lines – North Carolina at Wake Forest at 6pm EST on ESPN, Kansas at Boston College at 7:30pm EST on the ACC Network, and (20) Washington State vs. Houston at 9:15pm EST back on ESPN.

While the mid-afternoon is headlined by (2) Alabama at South Carolina at 3:30pm EST on CBS, don’t sleep on Stanford at (17) UCF during the same slot on ESPN. The Cardinal might look less than scary after getting blasted 45-20 by (24) USC last week, but for the Knights this is one of only two Power 5 opponents they’ll face this season. It’s a rare piece of proving ground.

Primetime starts early with (9) Florida at Kentucky on ESPN at 7pm EST and then hits its stride with (1) Clemson at Syracuse at 7:30pm EST on ABC. Keep an eye on Hawaii at (23) Washington, also at 7:30pm EST, on the Pac-12 network. The Rainbow Warriors are fresh off back-to-back wins over Arizona and Oregon State and are currently ranked No. 4 in passing yards per game.

Stay up late to see how far Texas Tech’s rushing defense (currently at No. 40 nationally) has improved under new head coach Matt Wells vs. an Arizona ground game ranked No. 9 in the FBS. That one is at 10:30pm EST on ESPN.

Houston’s defense finished last season ranked No. 124 vs. the pass, a mark that’s improved only slightly to No. 112 after two games this year. The Cougars coughed up 332 yards and three scores to (5) Oklahoma in the opener and then an additional 248 passing yards and two passing TDs to FCS Prairie View A&M last week. It sets up as a prime opportunity for Washington State, which finished 2018 with the No. 1 ranked passing attack in the land and is No. 2 thus far in 2019, hanging up 507 passing yards on New Mexico State and 481 vs. FCS Northern Colorado. Keep an eye WSU’s new starting QB, senior Anthony Gordon (#18), already No. 1 in the FBS in TD passes (9), No. 2 in yards per game (442) and No. 3 in completion percentage (81.8%). Also of note is the triple threat at wide receiver – all seniors – Brandon Arconado (#19), Dezmon Patmon (#12) and Easop Winston, Jr. (#8).

Despite UCLA going from being one of the least experienced teams in 2018 to one of the most experienced this season (returning 19 starters), it’s off to an 0-2 start with losses to a pair of quality non-Power opponents. Though the most obvious deficiencies are on offense – they’ve only managed 14 points in each of their first two outings (down from an average of 24.6 last year) – the Bruins defense is currently ranked No. 104 vs. the pass. In Week 1, they gave up 242 passing yards and two scores to a Cincinnati offense that finished 2018 at No. 77 in passing. Last week, it was 298 passing yards and one TD to a San Diego State air attack that was No. 101 in the FBS at the end of last season. It all adds up to an ominous forecast for the visit from (5) Oklahoma this Saturday. The Sooners’ offense is currently ranked No. 9 in passing yards per game, piling up 755 yards and nine passing TDs in just two weeks. There is lots of potential in this one for transfer senior QB Jalen Hurts (#1) – ranked No. 1 in passer rating (252.31) – to look Heisman worthy. Oklahoma’s leading receivers are junior CeeDee Lamb (#2) and sophomore Charleston Rambo (#14).

Though the series is over 100-years old, the “Battle for the Bell” only dates to 1997, when Marshall moved back up to the FBS ranks. The two schools are located a mere 80-miles apart, separated by the Ohio River, making it natural that their version of a rivalry Bell would commemorate the bells once used by riverboats in the area.

Dating to 1996, the Jefferson-Eppes was established by then FSU President Talbot D’Alemberte after, ironically, the Cavaliers’ first-ever win vs. the Seminoles in 1995. The game – then (24) Virginia edged (2) FSU 33-28 in Charlottesville – snapped FSU’s 29-game ACC winning streak (the Seminoles joined the league in 1992). The Cavaliers would go on to lose the next nine games in the series, finally winning the Trophy for the first time in 2005.

The Jefferson-Eppes is co-named for Thomas Jefferson (the founder of the University of Virginia and the third president of the United States) and Francis Eppes VII (the mayor of Tallahassee and president of the Board of Education that governed the institution that became Florida State). Its base is constructed of the remains of a tree – the McGuffey Ash – that stood on UVA’s campus from 1826-1990. Atop that is a silver pitcher that was given to Mayor Eppes by Tallahassee residents. FSU has won the prize 12 times vs. Virginia’s two.

One of eight bells played for at the FBS level (not including the Cowbell awarded in the Georgia Tech-Vandy series), Cincinnati and Miami’s rivalry bell is tied with North Carolina and Duke’s for the oldest such prize. According to legend, the original bell was taken from Miami’s campus in Oxford, Ohio by Cincinnati fans in the 1890’s (the two schools are located only 40 miles apart), establishing the tradition of the winning team retaining the bell. Today, the original bell is back on display at Miami with a replica awarded to the winner of the annual game. The two schools have plans to play through 2029.

Though North Carolina’s road trip to Winston-Salem to play Wake Forest this Friday looks just like an ACC game featuring a pair of in-state rivals, it’s not. No indeed, the 2019 version of UNC vs. Wake Forest is a NON-CONFERENCE game.

The two schools concocted the plan back in 2015, scheduling non-ACC games this season and then again in 2021. According to Dan Wolken of USA Today Sports, the decision was made at least in part so the two in-state rivals – who last met in ACC action in 2015 and weren’t scheduled to play again until 2022 – could play more frequently. “Instead of UNC and Wake Forest spending upwards of $1 million to fill a non-conference date with someone like Louisiana-Monroe or North Texas, they will play a more cost-effective game against a real rival, which will generate more fan interest and ticket sales.”

Best game of the weekend is Iowa vs Iowa St. It is sad there is not something better this week.

I really think I like the UNC – Wake Forest game and wanting the ACC and SEC to play 9 Conference games this is I guess a step in the right direction, but it still seems strange.