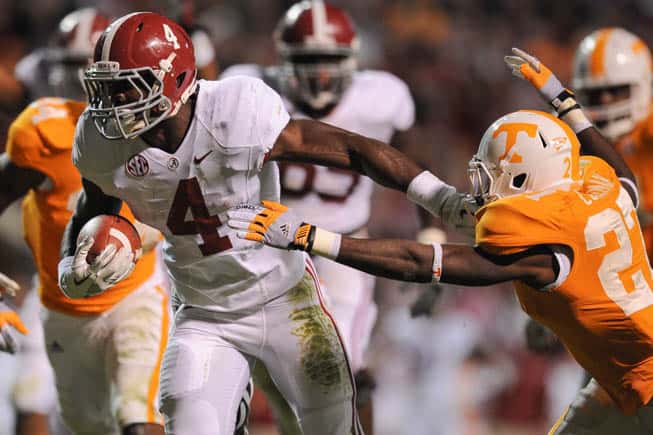 Tennessee at Alabama is the SEC Game of the Week. (Randy Sartin-USA TODAY Sports)

The six BCS AQ Conferences have each announced their football TV schedule for the weekend of October 26, 2013.

Tennessee at Alabama has been selected for the SEC on CBS Game of the Week at 3:30pm ET. All other SEC game times and television have also been set.

In the ACC, the TV designation for two match-ups will be decided next week. Clemson at Maryland and NC State at Florida State will each kick off at 3:30pm ET on either ABC/ESPN2 or ESPN.

The remainder of times and TV for the weekend of 10/26 are listed on each team’s 2013 football schedule.