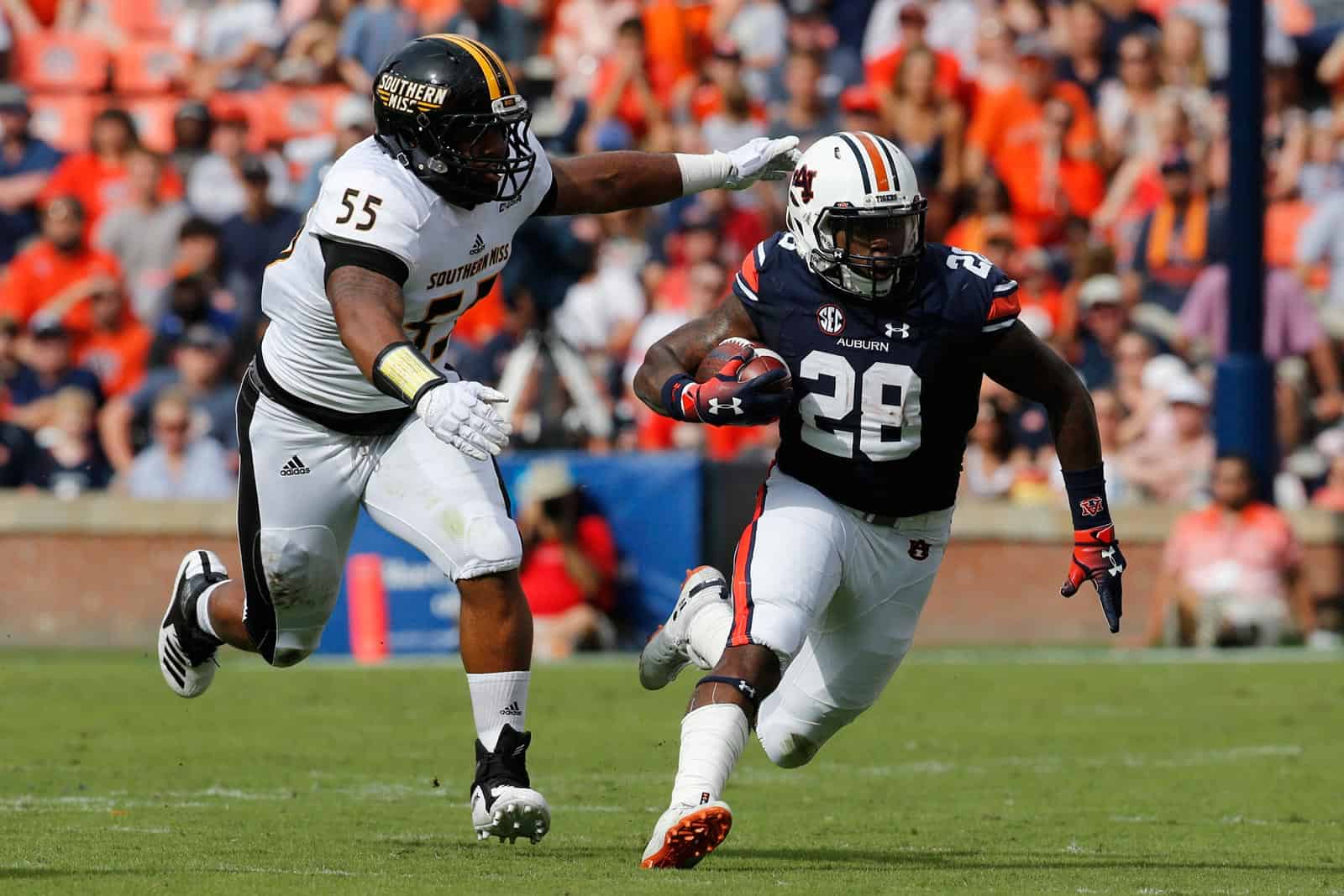 The Auburn Tigers and the Southern Miss Golden Eagles have mutually agreed to reschedule their canceled football game in 2020 for the 2026 season, FBSchedules.com has learned.

Auburn was previously scheduled to host Southern Miss on Saturday, Sept. 26, 2020, but the game was canceled due to the novel coronavirus 2019 (COVID-19) pandemic.

The Tigers will now host the Golden Eagles at Jordan-Hare Stadium in Auburn, Ala., on Saturday, Sept. 12, 2026, according to a copy of the contract amendment obtained from the University of Southern Mississippi via a state public records request.

Financial terms of the agreement were not changed. That means Southern Miss will receive a $1.85 million guarantee for the game, according to the copy of the original contract.

Auburn and Southern Miss met most recently in Auburn in 2018. The Tigers won that contest 24-13, which was their fourth consecutive win in the series and 18th overall against five losses.

With the Southern Miss game rescheduled for 2026, Auburn now has two scheduled non-conference opponents set for that season. The Tigers are slated to open the season at home against the Baylor Bears on Sept. 5.

Southern Miss also has two non-conference opponents set for 2026. In addition to playing at Auburn, the Golden Eagles are scheduled to travel to face the Tulane Green Wave on Sept. 26.