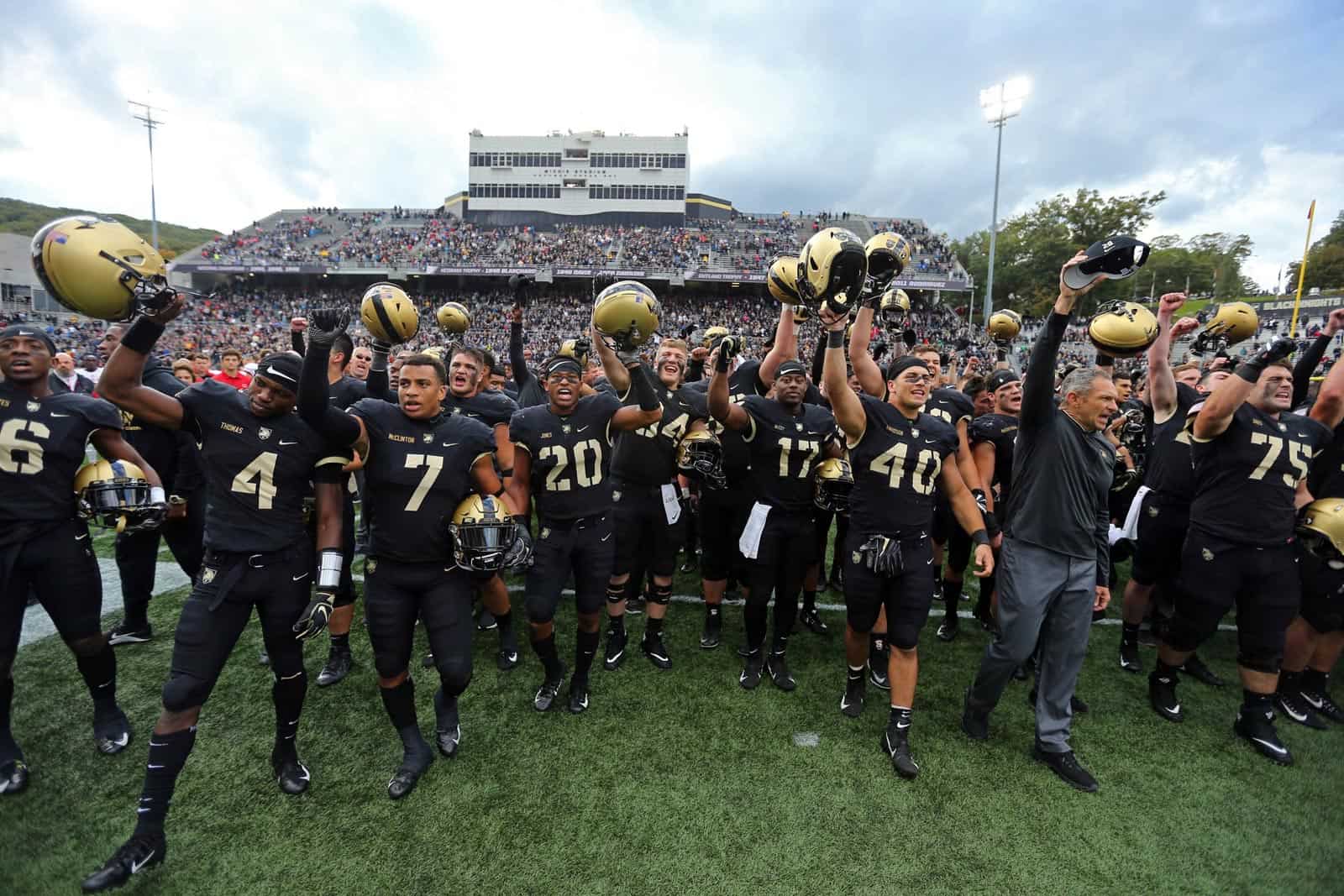 Army’s schedule release includes the addition of a game at the UTSA Roadrunners on Sept. 14. That gives the Black Knights 13 games in 2019, which is allowed under NCAA rules since Army travels to play Hawaii that season.

Army opens the 2019 season on Aug. 30 at Michie Stadium in West Point, New York against the Rice Owls. The Black Knights then hit the road for consecutive road games at Michigan on Sept. 7 and at UTSA on Sept. 14.

The Black Knights then return to West Point to host back-to-back home games against Morgan State on Sept. 21 and Tulane on Oct. 5. Army’s first off week is sandwiched between on Sept. 28.

Army then departs for back-to-back road games for a second time, this time at Western Kentucky on Oct. 12 and at Georgia State on Oct. 19.

After hosting San Jose State on Oct. 26, the Black Knights begin their battle for the annual Commander in Chief’s Trophy against Air Force at Falcon Stadium in Colorado Springs, Colorado on Nov. 2.

Army then hosts consecutive home games against UMass on Nov. 9 and VMI on Nov. 16 before enjoying an off week on Nov. 23. Then the Black Knights head west to take on Hawaii at Aloha Stadium on Nov. 30.

Army closes out the regular-season with the annual Army-Navy Game, which is set for Dec. 14 at Lincoln Financial Field in Philadelphia, Pennsylvania.

Good to see Army rebounding so nicely after so many down years. They are scheduling so much smarter as well,no more body bag games,just one “big” game and the rest a nice mix of teams on their level. With this model,they’ll be bowl bound just about every year.

Why is the Naval Academy in NCAA Division I FBS college football while Army is FCS?

Army and Navy are both FBS.