Appalachian State to host The Citadel in 2022, Gardner-Webb in 2023 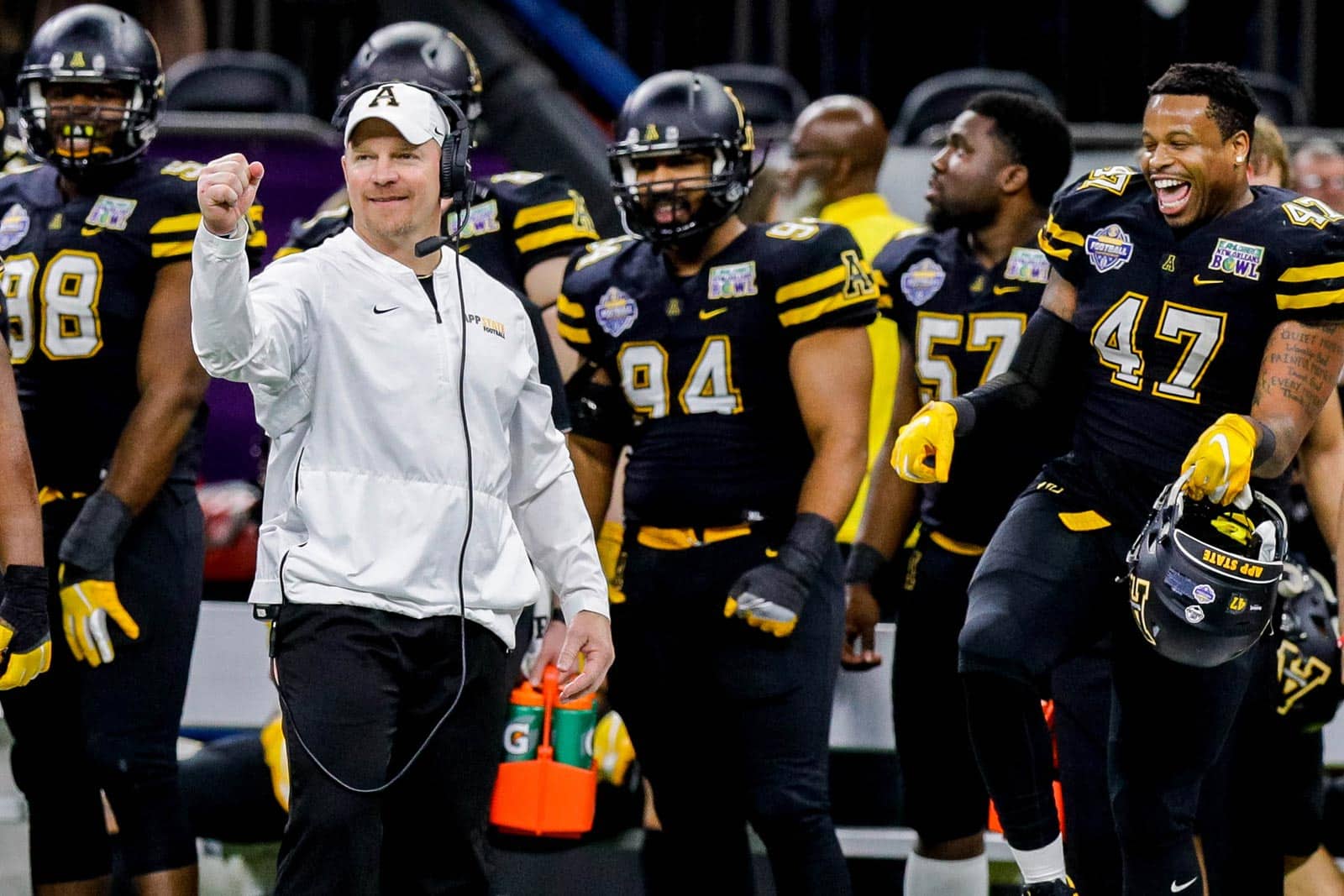 The Appalachian State Mountaineers will host The Citadel Bulldogs in 2022 and the Gardner-Webb Runnin’ Bulldogs in 2023, according to App State’s official website.

The Citadel will travel to face Appalachian State at Kidd Brewer Stadium in Boone, North Carolina on Saturday, Sept. 24, 2022. The game will be the 42nd meeting between the two schools on the gridiron.

Appalachian State moved up to the Football Bowl Subdivision (FBS) back in 2014. Between 1972 and 2013, the Mountaineers competed with The Citadel in the Southern Conference of the Football Championship Subdivision (FCS), going 28-13 against the Bulldogs during that time period.

App State was previously scheduled to host Akron on Sept. 24, 2022, but it appears that game has been rescheduled again or canceled. The two schools began a home-and-home series at Akron in 2016 and then later postponed the 2017 game in Boone to the 2022 season.

Other non-conference games scheduled for Appalachian State in 2022 include the season-opener at home against North Carolina on Sept. 3 and back-to-back road games against Texas A&M on Sept. 10 and Marshall on Sept. 17.

The Gardner-Webb Runnin’ Bulldogs will travel to take on the Mountaineers at Kidd-Brewer Stadium on Saturday, Sept. 2, 2023. The game will likely be the season-opener for both schools.

Gardner-Webb, a member of the Big South Conference in the FCS, is 0-6 all-time against Appalachian State. In their most recent meeting in 2018, the Mountaineers clobbered the Runnin’ Bulldogs 72-7.

The addition of Gardner-Webb tentatively completes App State’s 2023 non-conference schedule. The Mountaineers are also slated to play at North Carolina on Sept. 9, host East Carolina on Sept. 16, and then travel to face Wyoming on Sept. 23.

Appalachian State completed the 2018 season 11-2 overall with a Sun Belt Championship and victory over Middle Tennessee in the R+L Carriers New Orleans Bowl. Since joining the FBS, App State has claimed a total of three Sun Belt championships and has won a bowl game in each season since becoming eligible (4).