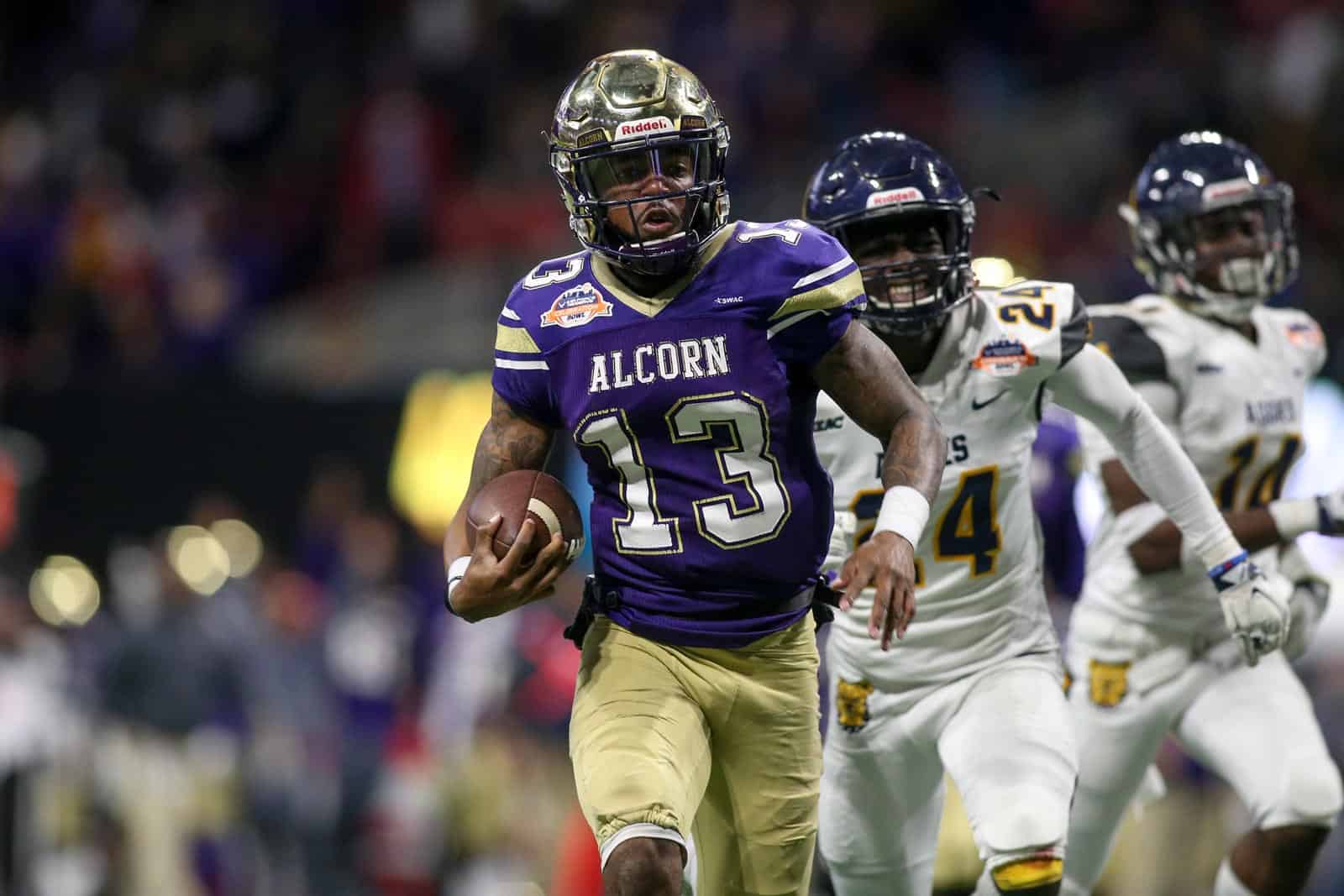 Alcorn State opens the 2019 season on the road on Saturday, Aug. 31 against the Southern Miss Golden Eagles. The following week on Sept. 7, the Braves open their home schedule at Jack Spinks Stadium in Lorman, Mississippi, against the Mississippi College Choctaws.

The Braves then head out to take on the McNeese Cowboys on Sept. 14 before returning home to open up Southwestern Athletic Conference (SWAC) play with back-to-back contests against the Prairie View A&M Panthers on Sept. 21 and the Mississippi Valley State Delta Devils on Sept. 28.

Alcorn heads East to take on the Alabama State Hornets on Oct. 5 and then returns home to close out non-conference play against the Savannah State Tigers for Homecoming on Oct. 12. Savannah State was formerly a Football Championship Subdivision (FCS) team but dropped down to Division II beginning with this season.

The Southern Jaguars visit Jack Spinks Stadium on Oct. 26, which is bookended by open dates for Alcorn State on Oct. 19 and Nov. 2.

Two of Alcorn State’s final three contests in 2019 are on the road, beginning with a trip to face the Grambling State Tigers on Nov. 9. Alcorn closes out their slate with a home game against the Alabama A&M Bulldogs on Nov. 16, followed by a contest at the Jackson State Tigers on Nov. 23.

Alcorn State has claimed 12 SWAC championships, most recently last season after they finished 9-4 overall and 6-1 in SWAC play. The Braves fell to North Carolina A&T 24-22 in the 2018 Air Force Reserve Celebration Bowl.