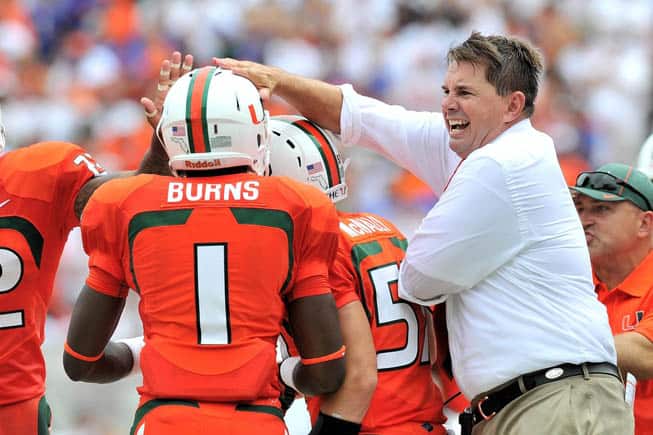 The Alabama Crimson Tide and the Oregon Ducks are first and second in both the AP and USA TODAY Sports Coaches Polls for Week 3.

Alabama has been in first place in both polls since the preseason. Oregon stayed in second in the AP and moved up to second from third in the Coaches poll after their 59-10 win over Virginia.

The Miami Hurricanes were the big mover of the week after they upset the Florida Gators 21-16. Miami, previously unranked, vaulted to No. 15 in the AP Poll and No. 18 in the Coaches Poll. The Gators fell to 18th in the AP and 20th in the Coaches.

Texas and USC both fell from the rankings. The Longhorns lost at BYU 40-21, while USC was upset by Washington State 10-7.

How is a 1-1 team in the top 10 after two weeks of football? Shouldn’t on field results be the only factor thus far? Shouldn’t polls and ratings before the games have even been played be eliminated?

Since UGA would beat OhioState, then let’s ask why in the heck a 2-0 Ohio State team is even included in the Top 5 ?

If it’s a loss to another top 10 team and it was a close loss then it makes sense. happens all the time.