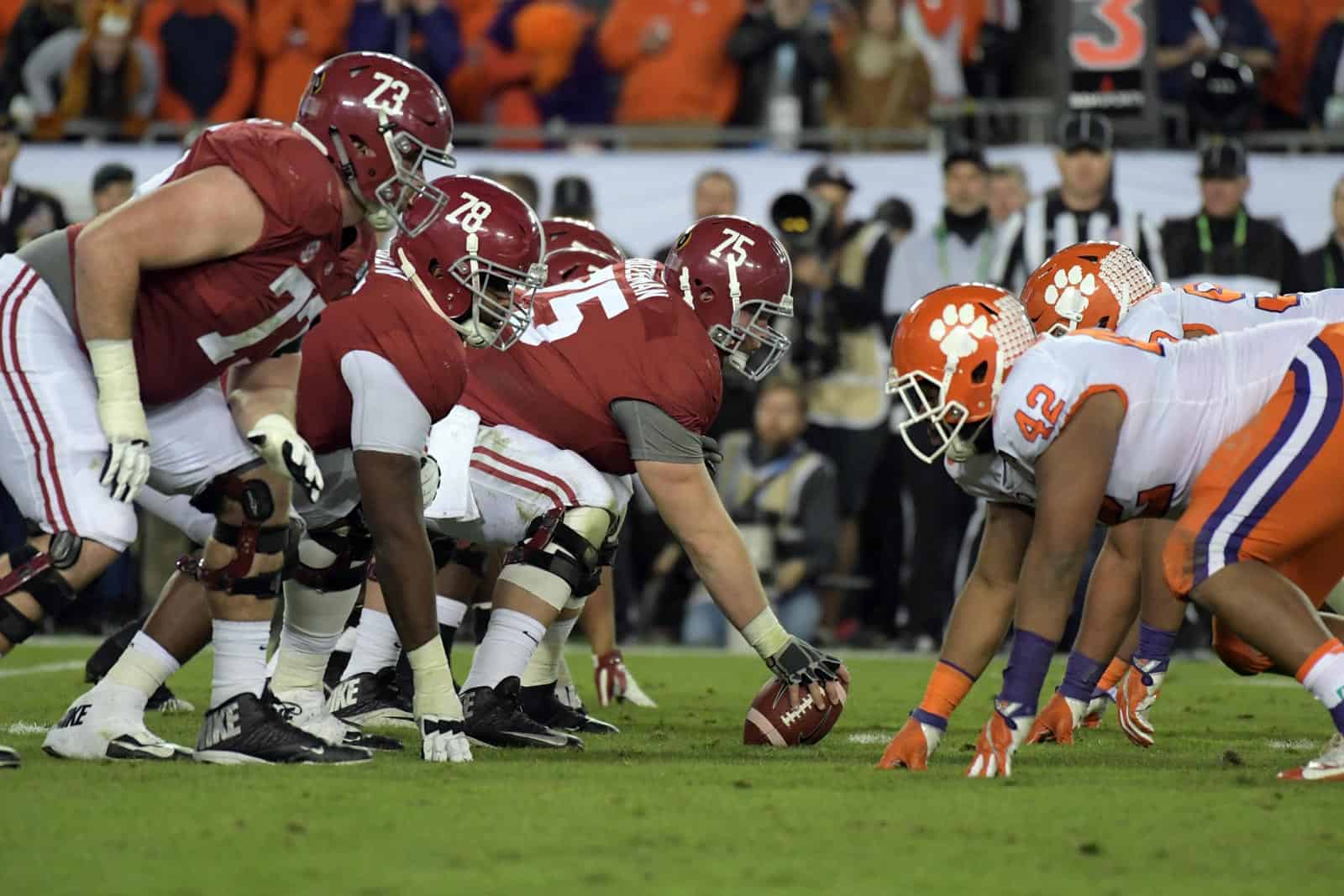 The Alabama Crimson Tide and the Clemson Tigers will play in the 2019 College Football National Championship.

Alabama, the top-ranked team in the College Football Playoff, defeated the 4th-ranked Oklahoma Sooners 45-34 in the Capital One Orange Bowl on Saturday. The Crimson Tide sprinted out to a 28-0 lead and held off the Sooners for the victory and a berth in the National Championship.

2nd-ranked Clemson pummeled 3rd-ranked and previously unbeaten Notre Dame 30-3 in the Goodyear Cotton Bowl. The two teams traded field goals in the first quarter, but then Clemson took control and dominated the remaining three quarters by a score of 27-0.

Clemson has played in two College Football Playoff National Championship games. As previously mentioned, the Tigers fell to Alabama 45-40 in 2016, but then avenged that loss with a 35-31 victory in 2017.

According to SuperBool, Alabama is favored by 6.5 over Clemson.