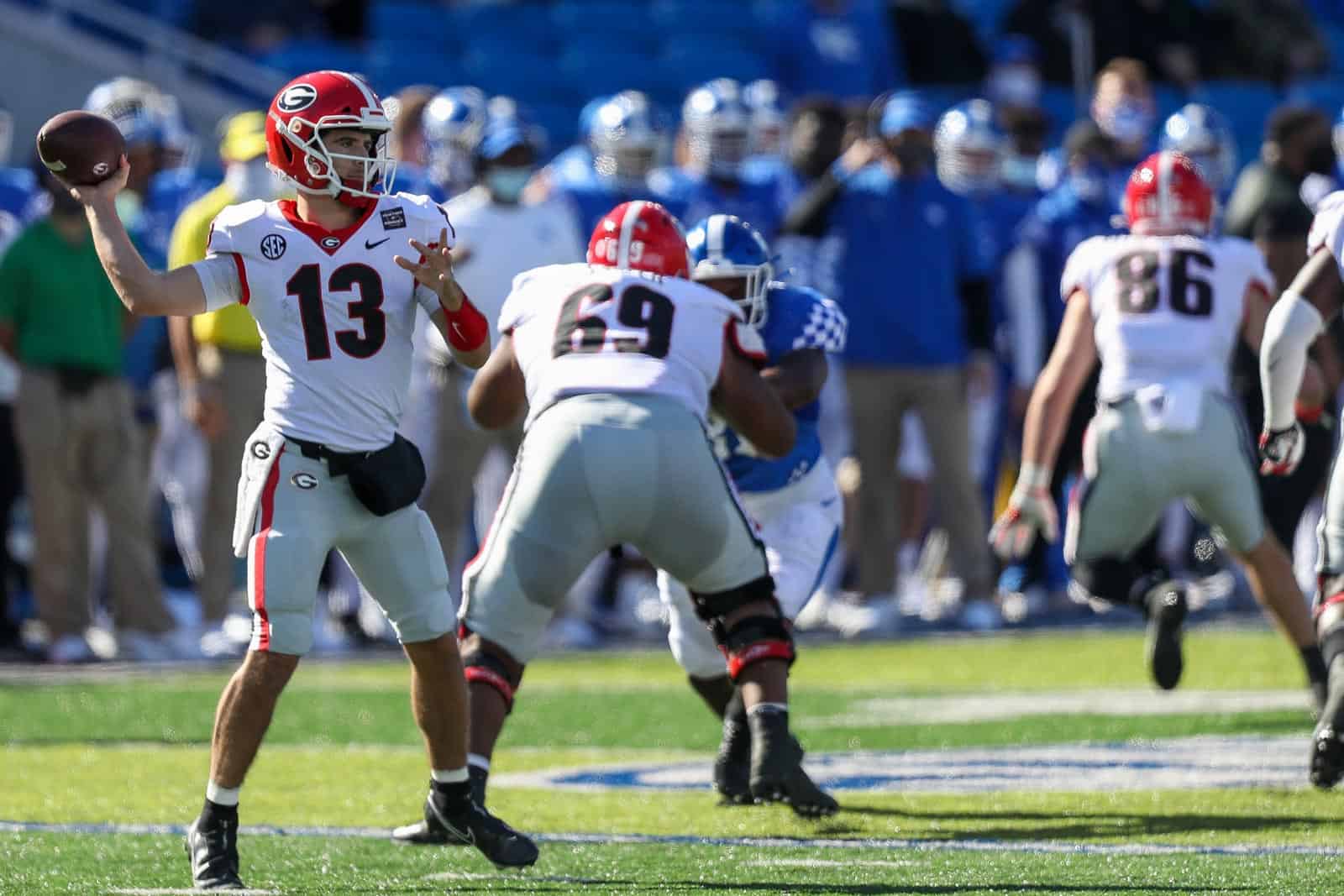 Welcome to Week 7 of 2021 SEC Football Predictions! This week features a matchup between the top-ranked Georgia Bulldogs and the 11th-ranked Kentucky Wildcats, along with the 13th-ranked Ole Miss Rebels visiting the Tennessee Volunteers. Let’s predict!

Arkansas has lost two straight after beginning the season 4-0 and winning a Texas state championship.

The first loss was a blowout to Georgia, but the second was on the road by one point to Ole Miss after scoring on the game’s final play before failing to convert the two-point conversion for the win.

Auburn is coming off a week where they were added to a growing list of teams dominated by Georgia’s defense.

The home field will be the difference for the Hogs this week.

I’m still trying to figure out how Florida lost to LSU at home last season. With this game being at noon in Baton Rouge, the Gators should avoid the wild atmosphere of Death Valley as well as a third consecutive loss to the Tigers

I think I incorrectly predicted last week’s Texas A&M win over Alabama. Somehow, the Aggies became the team the entire college football world expected them to be in September. Although it’s an early kickoff and on the road, I think A&M is good enough to avoid the hangover.

Kentucky is one of two remaining undefeated teams in the SEC after six weeks. They are already 4-0 in conference play and are halfway to Atlanta. The problem for the Wildcats is that trip to Atlanta requires a layover in Athens and the Bulldogs have made a habit of cancelling more plans of fun and celebration than Southwest Airlines.

Kentucky may only lose one game this season and it’s probably going to be this week in Athens. It’s beginning to smell like 1980 up in here.

South Carolina ran into the buzzsaw that has become Tennessee’s offense last week in Knoxville. The Gamecocks get a different team from the state of Tennessee this week in the form of Vanderbilt. South Carolina should do enough not to lose to Vanderbilt.

Wow. I don’t know if you had time to watch it, but Texas A&M and Alabama played a pretty entertaining game last Saturday night at Kyle Field. Alabama’s defense had no answers for an Aggies offense that hasn’t had an answer for anyone all season. The offense had answers, but threw away the running plays section of the playbook once inside the 10 yard line.

Anywho, y’all probably weren’t watching so we’ll move on to this game against a team that was able to defeat Texas A&M.

This game might closely resemble the 2017 game where Alabama needed a late rally to win in Starkville. Watch out if Mike Leach can put together a game plan that will keep Alabama’s defense guessing. The Bulldogs lack of a running game will be what keeps ‘Tide fans from breaking all the televisions in the state of Alabama. But if Pete Golding continues to call blitzes where no one gets within 10 yards of the quarterback, many a television will be broken.

I’m still not sure I predicted enough points for this game. Matt Corral’s performance inside Neyland Stadium Saturday night will leave him standing alone in the Heisman Trophy race.

Tennessee will keep pace with the Rebels. They just won’t have enough to win it at the end.