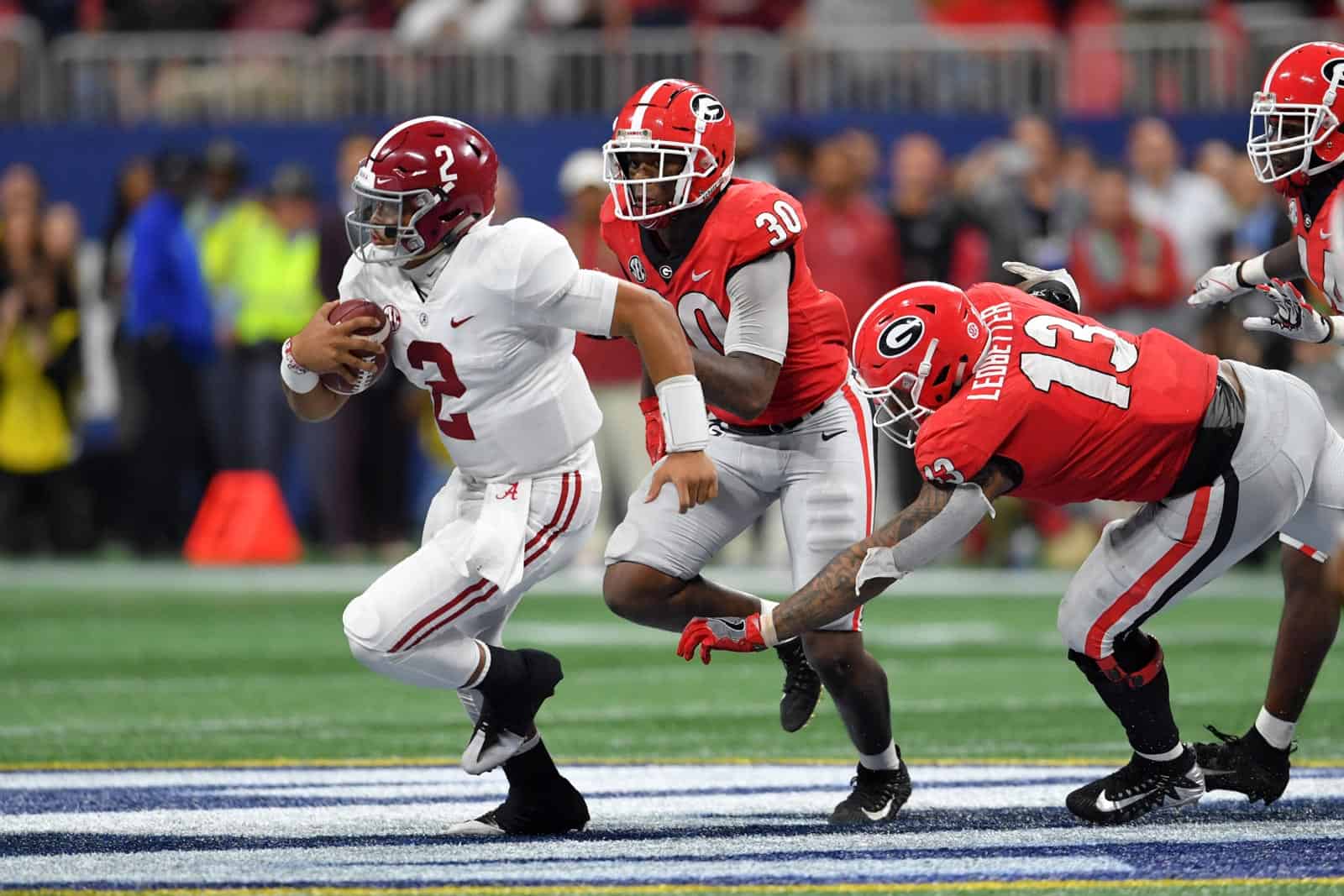 And just like that, the 2021 college football season has just about wrapped up. On Saturday, the No. 1 Georgia Bulldogs will take on the No. 3 Alabama Crimson Tide in the SEC Championship Game at Mercedes-Benz Stadium in Atlanta, Ga.

According to OddsShark, Georgia heads into the game as a 6.5 point favorite over Alabama. Let’s dive in to the SEC matchup of the season!

This is the score of the 2009 Alabama-Florida SEC Championship Game. The game where Alabama finally got over the hump and beat Florida on their way to the first of six national championships under Nick Saban. The salt of Tim Tebow’s tears still stain the grounds of the Georgia Dome.

Two of the loudest non-football roars of the crowd that I’ve ever heard were in 2009 and 2018 in Atlanta. In 2009, Alabama fans lost their Tide Rollin’ minds at the image of Tim Tebow crying on the Jumbotron and in 2018 the roof was nearly blown off Mercedes-Benz Stadium when a shot of Jalen Hurts warming up to come out with the offense was shown on the big circular screen. Down seven points against the same team and inside the same building where he was benched at halftime only 11 months prior, Hurts was called on to save a team on which he had every right turn his back. Hurts replaced the quarterback who replaced him in January of the same year and led the ‘Tide on two touchdown drives to complete the comeback.

Well, it’s Georgia’s turn to exercise some middle-aged demons suffering from one heck of a midlife crisis. It’s been 41 years since the Bulldogs have won a national title and it feels about as long since they last led Alabama with no time left on the clock at the end of the game. Kirby Smart’s Bulldogs dominated Alabama in the CFP National Championship Game and the 2018 SEC Championship Game for about 105 of the 120 minutes (plus overtime) played in those two games. They lost both in heartbreaking fashion.

Then, Georgia went to Tuscaloosa last season and was actually in the lead in the 3rd quarter against possibly the best team Nick Saban has ever coached. Alabama won that one as well.

2021 is Georgia’s year. Defense travels. Alabama will keep it close for three quarters. It will more than likely be tied at 13-13 at some point of the second half before Georgia makes a couple of big defensive plays to spread out the lead and win Kirby Smart’s second SEC Championship on his way to possibly his first of multiple national titles at Georgia.