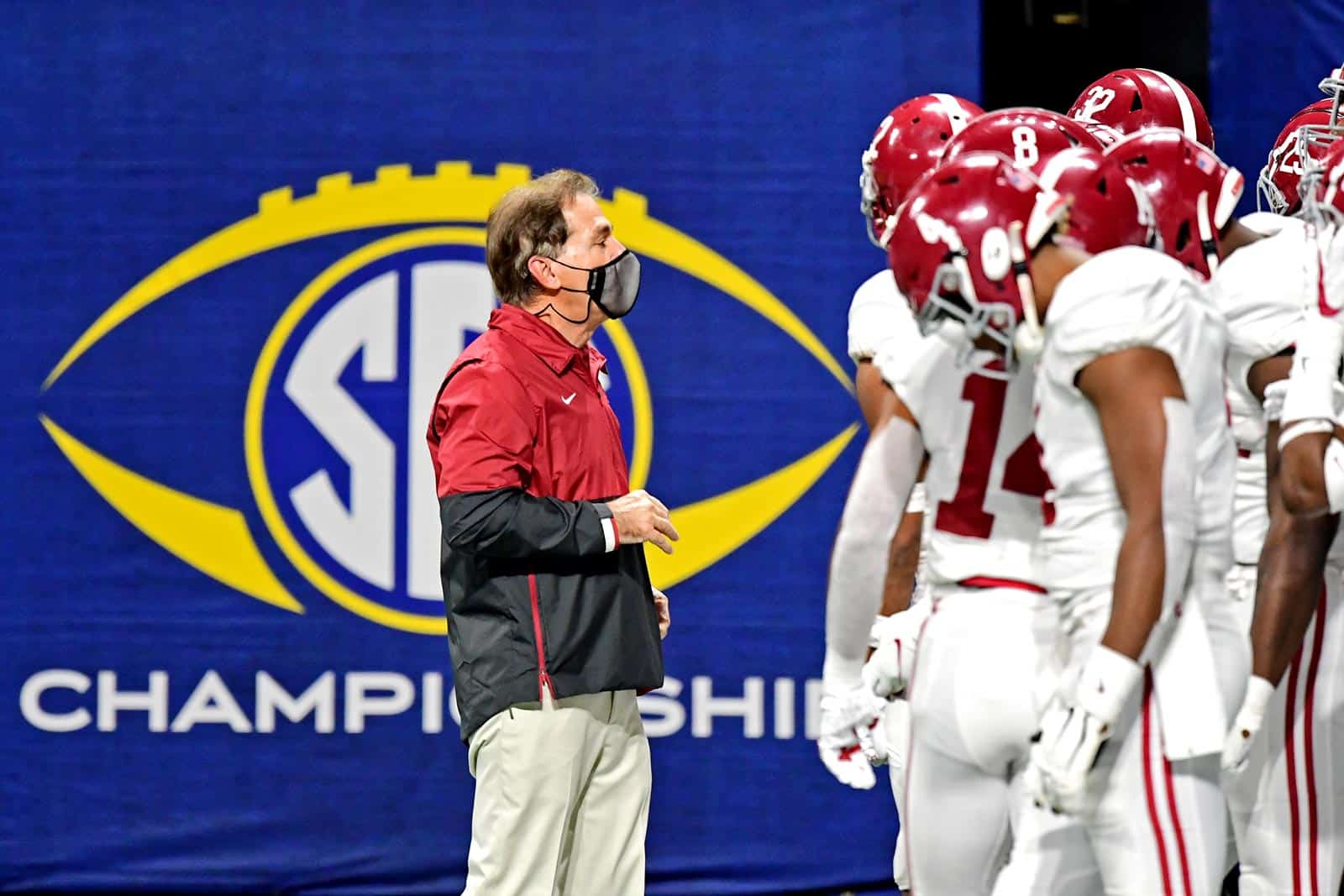 The 2021 college football conference championship game schedule has been finalized after Saturday’s action.

The schedule kicks off on Friday, Dec. 3 with the Conference USA Championship Game at 7:00pm ET on CBSSN. The Western Kentucky Hilltoppers will travel to face the UTSA Roadrunners in that matchup at the Alamodome in San Antonio, Texas.

Then at 8:00pm ET on ABC, the Oregon Ducks take on the Utah Utes in the Pac-12 Championship Game at Allegiant Stadium in Las Vegas, Nevada.

The two highest ranked teams, No. 1 Georgia and No. 3 Alabama, will square off in the SEC Championship Game at Mercedes-Benz Stadium in Atlanta, Ga., and the game will be televised by CBS at 4:00pm ET.

Check out the full schedule below.