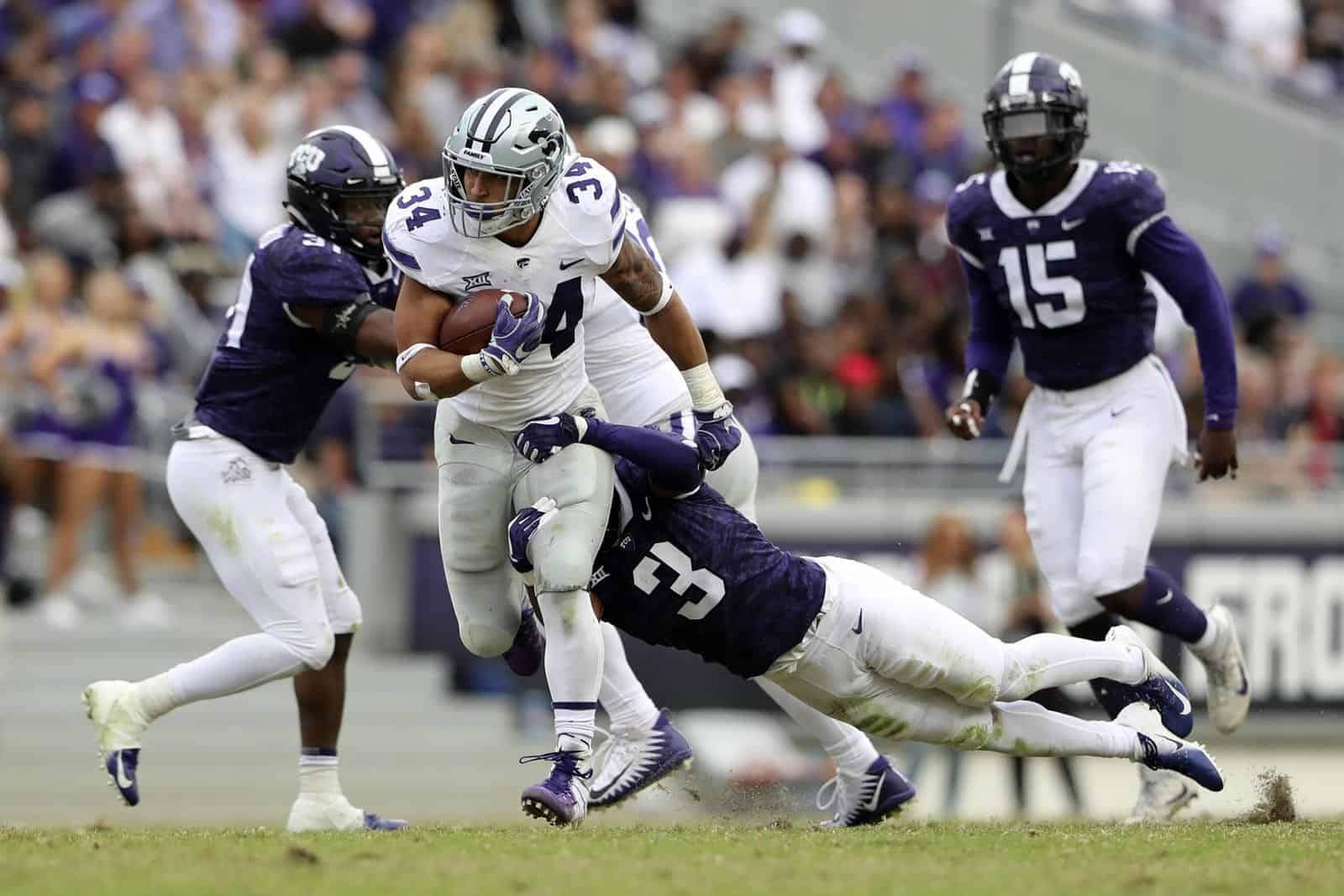 The 2019 TCU Horned Frogs at Kansas State Wildcats football game has been pushed back two days to Saturday, October 19, K-State announced on Monday.

The game, originally scheduled for Thursday, October 17, will be played at Bill Snyder Family Football Stadium in Manhattan, Kansas, and will be televised by a FOX or ESPN network.

The date change was made at the request of the Big 12’s television partners.

TCU and Kansas State first met on the gridiron in 1922 and have played 12 times overall. The Horned Frogs have won two straight games in the series and now have a 7-5 advantage over the Wildcats.

Both schools will be coming off of their second bye week of the season before they square off in Manhattan.

TCU is slated to open the 2019 season at home at Amon G. Carter Stadium in Fort Worth, Texas, against the Arkansas-Pine Bluff Golden Lions on Saturday, August 31.

Kansas State also opens the 2019 season at home. The Wildcats are set to host the Nicholls Colonels on August 31.