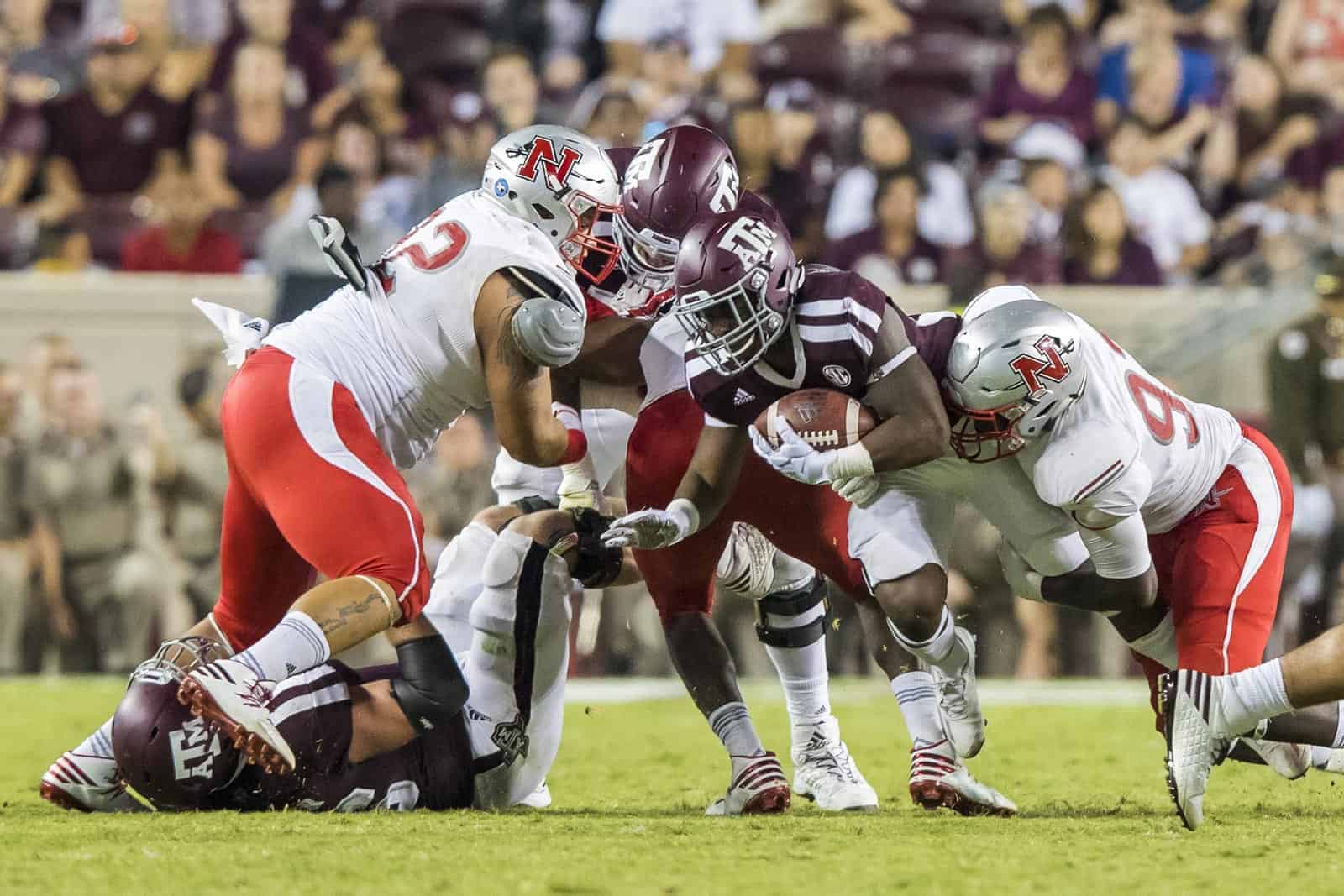 The 2018 college football schedule is set and kicks off with four Week Zero games on Saturday, Aug. 25. For most Football Bowl Subdivision (FBS) teams, their slate includes a game against a school from the Football Championship Subdivision (FCS).

The Florida Gators are one of three teams that will play two FCS opponents in 2018. Florida, which opens the season against Charleston Southern, found themselves with a second FCS game when the Idaho Vandals dropped down from the FBS to the FCS.

Army is scheduled to host back-to-back FCS opponents in November. The Black Knights will square off with Lafayette on Nov. 10 and Colgate on Nov. 17.

The Liberty Flames, which will play as an FBS Independent, are set to host Norfolk State and Idaho State. Liberty is classified as “FBS transitional” this season and will not be eligible for a bowl, thus allowing them to schedule two FCS opponents without a negative effect.

Here are some FBS vs. FCS numbers for the 2018 football season:

Games vs. FCS teams by conference

Previous article: “Hmmm, let me post a ridiculously controversial article about relegating half of the CFP members and devaluing the quality of those teams. And you know what?! I’ll close the comments so no one can be mean to me.”

You do realize conference affiliations do not automatically dictate how good or bad a team is, right? So UCF counts as 3/4 of a win but Kansas counts as a full win…yeaaaa, makes perfect sense…SMH!

Agreed,I saw that as well…..and very disappointing of Amy to turn off the comment section. At least Kevin will engage with us fans and readers. You can’t expect to publish a “story” like without expecting some shade back. Its why I don’t even take her seriously. She has turned into nothing but a rabble rouser…I can listen to ESPN if I want that….
Thanks for posting this entry Kevin and for keeping the comments open.
There are going to be some decent FCS-FBS clashes this year!

I turned the comments off, I’m the only one that has that capability.

They were turned off due to personal insults directed at Amy.

So she has a different opinion or plan on the organization of college football. It doesn’t mean it will ever happen or be considered. And it doesn’t mean people have to get nasty, thus the closing of the comment section.

I found it odd my comments were deleted considering I complimented the article and defended Amy. I am still unsure what some of your readers have against her writing as almost all of her articles are interesting and thought provoking. While a reader above points out a flaw in her system (there will always be flaws), it doesn’t automatically mean it is a worse system than what we currently have. Looking at Purdue vs Tennessee’s SEC equivalent non-conference schedule Purdue: Eastern Michigan, Boston College, Missouri and at Michigan St (cross division additional game) and Tennessee: West Virginia, ETSU, UTEP and Charlotte; I think if both teams went 4-0, awarding Purdue 3.75 wins and Tennessee 3 wins seems like a more accurate representation of what each team accomplished in their 4 game span.

Sorry, I deleted a bunch of comments in haste. Amy puts a lot of time and research into her pieces and she gets a lot of scorn for “what if” exercises.