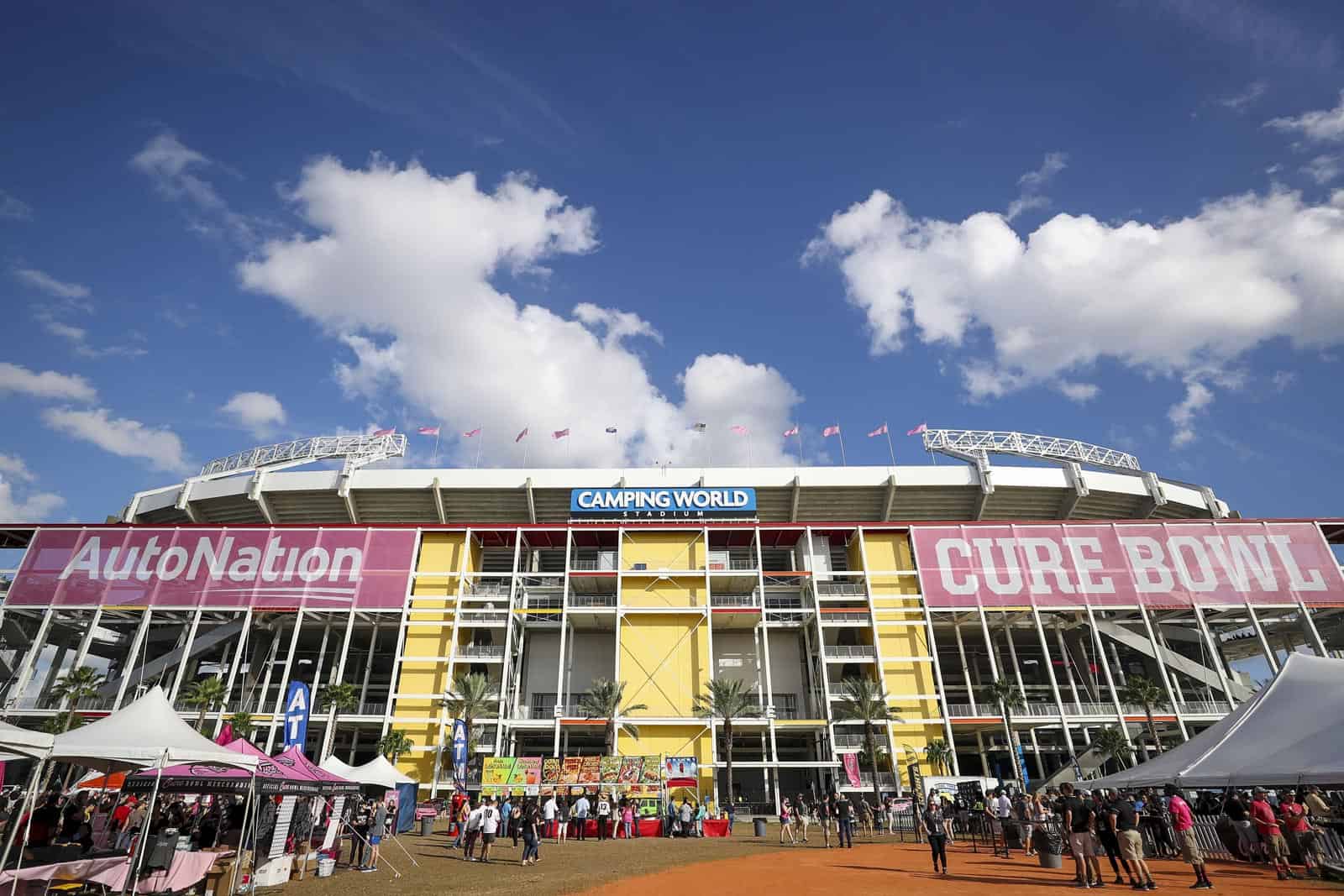 College football bowl games for the 2018-19 season are here! The bowl schedule kicks off on Saturday, Dec. 15 with six games.

At noon ET on ABC, North Carolina A&T and Alcorn State meet in the Air Force Reserve Celebration Bowl at Mercedes-Benz Stadium in Atlanta, Georgia. The Celebration Bowl started in 2015 and is a matchup of champions from the Mid-Eastern Athletic Conference (MEAC) and the Southwestern Athletic Conference (SWAC) in the Football Championship Subdivision (FCS).

The first FBS bowl game of 2018 is the AutoNation Cure Bowl. The Tulane Green Wave will take on the Louisiana Ragin’ Cajuns in that matchup which is slated for 1:30pm ET and it will be televised by CBS Sports Network.

There are no college football bowl games scheduled for Sunday, Dec. 16 and Monday, Dec. 17. After Saturday, the next bowl game is slated for Tuesday, Dec. 18 when the UAB Blazers take on the NIU Huskies in the Cheribundi Boca Raton Bowl.