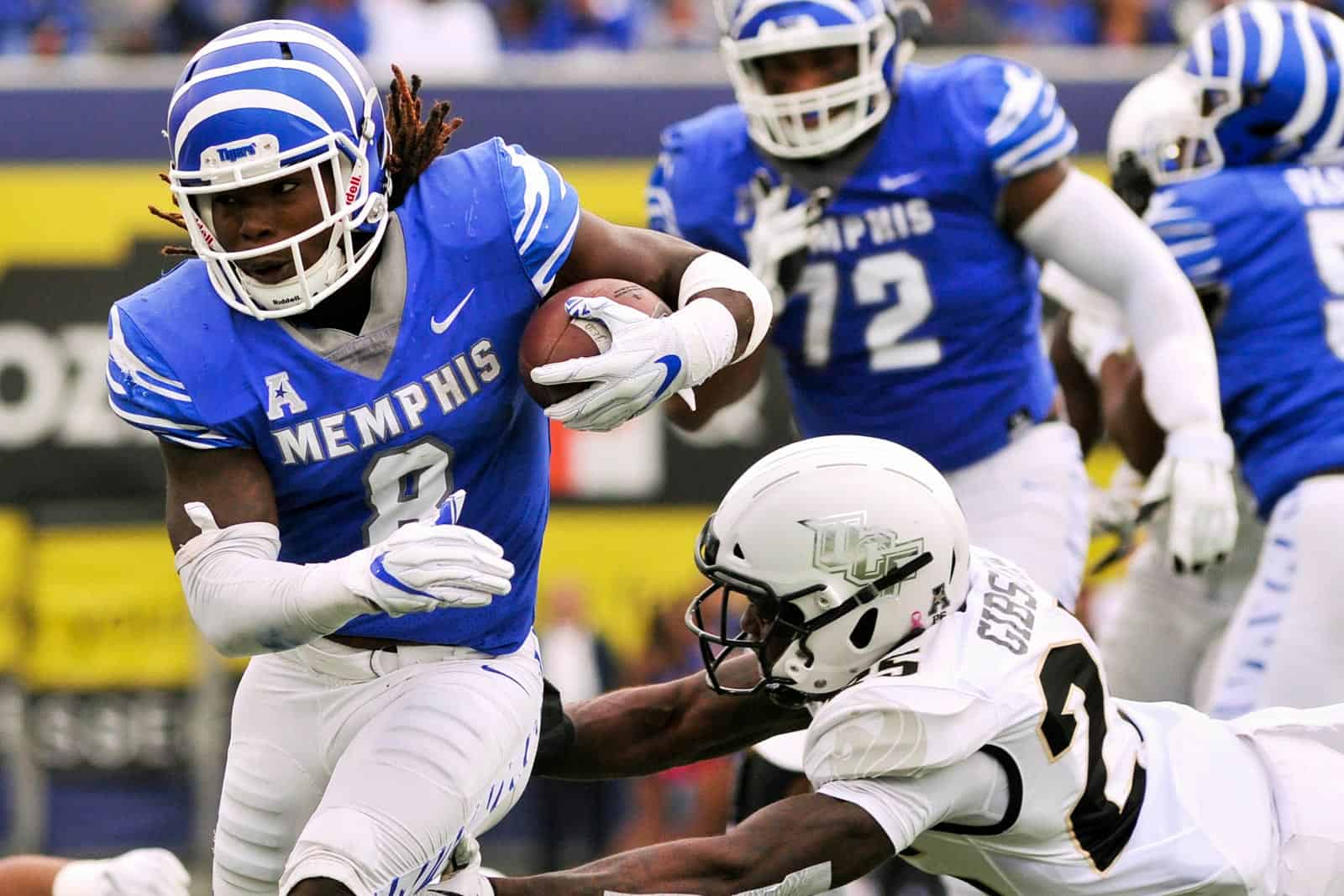 The 2018 American Football Championship Game is set with the UCF Knights hosting the Memphis Tigers. The game will be played on Saturday, Dec. 1 at Spectrum Stadium in Orlando, Florida.

UCF clinched the American Athletic Conference East Division title after finishing 8-0 in conference play, one game ahead of the Temple Owls. The Knights are 11-0 overall and will be making their second American Championship Game appearance.

Memphis finished 7-1 in conference play and in a three-way tie for the West Division with Houston and Tulane. Memphis won the tie-breaker by virtue of a win over Houston and having a 3-2 record in the division (Tulane was 2-3). This will be Memphis’ second appearance in the championship game.

UCF defeated Memphis earlier this season 31-30 in Memphis. The 2018 American Championship Game is also a repeat of the 2017 UCF-Memphis contest, which the Knights won 62-55.

If UCF prevails over Memphis, the Knights will finish as the highest-ranked Group of Five team in the College Football Playoff rankings, thus making them eligible for a New Year’s Six bowl game for the second consecutive season.

Brett McMurphy of Stadium current projects UCF to play LSU in the Fiesta Bowl and for Memphis to play Wake Forest in the Birmingham Bowl.

You are mistaken. Tulane defeated Memphis this season. Poor reporting and lack of respect for the AAC .

Yes, I was mistaken. Mistakes happen.