2016 Texans-Raiders Game to be Played in Mexico City 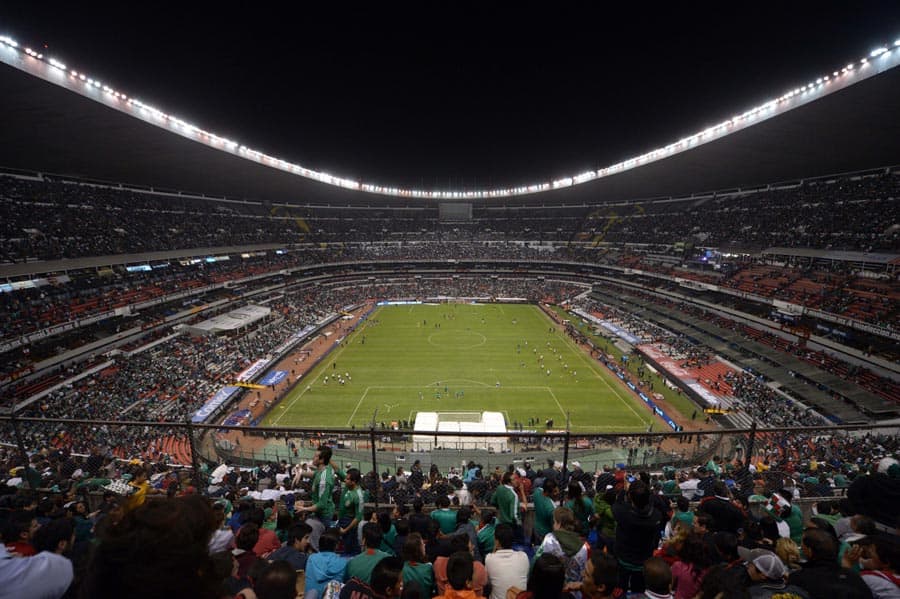 The 2016 Texans-Raiders game will be played in Mexico City, the NFL announced on Friday.

Oakland will host Houston at Estadio Azteca in Mexico City on Monday night, November 21, 2016. The game will be televised by ESPN in the United States and Televisa and ESPN in Mexico.

The Texans-Raiders game will be part of the NFL’s International Series, which also includes three football games in London in 2016. Those three games include Indianapolis vs. Jacksonville, NY Giants vs. Los Angeles, and Washington vs. Cincinnati.

“Expanding our International Series of regular-season games to Mexico marks an important step in our continued international growth,” said NFL Commissioner Roger Goodell. “We have a tremendous, passionate fan base in Mexico and we know the atmosphere on game day will be outstanding.”

A total of seven NFL games have been played in Mexico City, but only one was a regular-season games. In that game back in 2005, Arizona defeated San Francisco 31-14.

The Houston-Oakland contest in 2016 will be the first Monday Night Football game to be played outside of the United States.

Strange, it would have made more sense to move an early season Raiders game while the dirt infield was still there for the A’s.

Agreed 100% Here’s hoping that 2016 won’t be the Raiders last season in Oakland.

These international games are weird to start with, If the NFL is going to do them they should atleast try to get teams that people outside of the US know. People who don’t know much about american football know Dallas, New England, Green Bay

but realistically, those teams don’t want to give up a home game nor do they have as much to gain by playing internationally. the NFL has been successful with the teams they’ve sent to the UK thus far — all of the games have been selling out.

The Texans are the 3rd most popular team in Mexico. Raiders 4rth. Cowgirls ate 1 and San Fran is 2.

Green Bay…really. European insurance is not the same as the US…no discount double check.

The NFL is going to in the next 6 to 6 years try to put a team in London.

If they do, watch it fail after the second year. Remember what happened to NFL Europe?

@Matt Apples to oranges. You’re offering them highest level of American football as opposed to a reserve league in NFL Europe.

NFL Europe was a farm/developmental league, not the real mccoy, hence why it failed, just like Jerryd says. You put professional games in the mix that count in the standings, bums will be on seats, like they have been every year since 2007. Why cant the US see that? Stop saying we dont get/understand the game, its been shown on our shores every year since 1982. I think its safe to say theres a pretty knowledgeable fanbase!

Raiders is one of the teams I watched in the 70’s in Mexico black and white tv I’m 50 years old and we love the game every Sunday, also the Dallas back in the day. In Mexico we do love NFL
I’m proud to be here in USA but to take NFL to Mexico is great for the ones the love it and get a chance to see it live.

What about the Pittsburgh Steelers they are known world wide as well. Maybe they can get a game in London

Nobody cares about the Steelers anymore, the wagon broke.

They’ve already been to London back in 2013