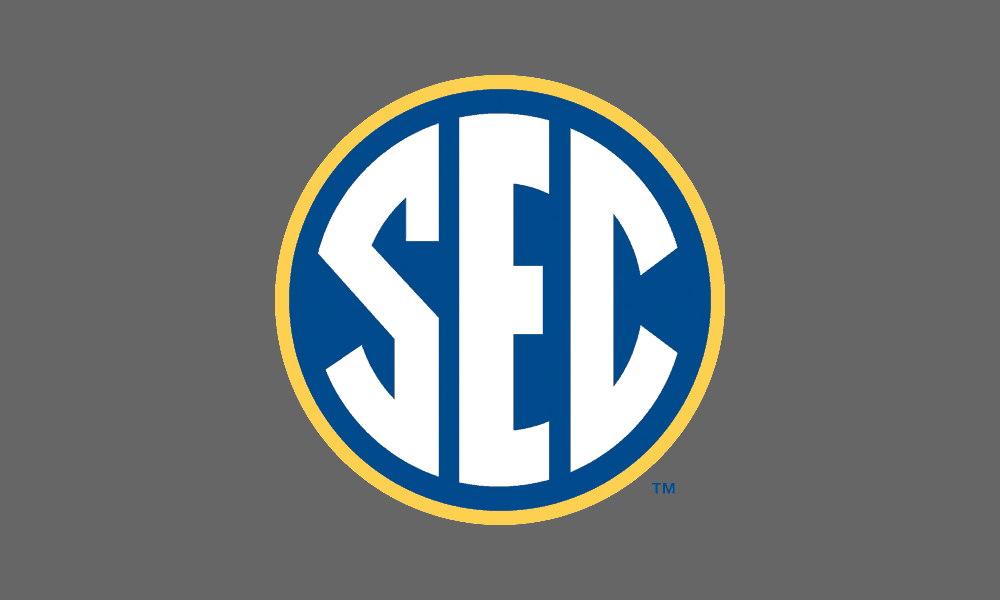 Welcome to the Week 13 edition of SEC Football Predictions, AKA Rivalry Weekend. Neither the East or West races are in doubt as we head into the final weekend of the regular season, but that does not mean we will be shy of drama by the time Thanksgiving weekend is over.

Let’s head down to the field for Week 13 of SEC Football Predictions, with your host, Eric Taylor.

Word of wisdom: Texas A&M has once again put the “No” in November by going from contender to irrelevant in a matter of two weeks.

LSU has gone from “Hey, look at this” to “What is this?” in about an equal amount of time. Ed Orgeron cemented his place in LSU history as an interim coach and nothing more permanent. Tennessee fans thought their days of being dumped on by Ed Orgeron were over until last Saturday when LSU could not find a way to beat Florida after dominating the Gators the entire game. The dumping was magnified by LSU finding a way to stay out of the end zone from one yard out on the final plays of the game. Orgeron tried to steal Tennessee players and take them to Los Angeles as he and Lane Kiffin left town after the 2009 season and now he kept Tennessee from making their first trip to Atlanta since 2007.

Texas A&M has a backup playing quarterback and LSU still has Danny Etling playing under center. I’m not sure who has the advantage based on that breakdown, but I guess LSU wins.
PREDICTION: LSU 12, Texas A&M 6

Missouri will not win the East and more than likely will not win this game at home against Arkansas. It’s not the best game on the SEC docket this weekend, but it’ll be a good game for the Friday after Thanksgiving to get us ready for the meat of rivalry weekend that awaits on Saturday.
PREDICTION: Arkansas 40, Missouri 20

Word of wisdom: What describes Thanksgiving weekend in the South better than a rivalry game named Clean, Old-Fashioned Hate? Leave it to the South to feel the need to add the word Clean to something that has to do with hatred to transform the hatred into hatred among gentlemen minus swearing and/or cussing when a lady or child is in the room.

Georgia will get a great boost in its already lofty 16th ranked passing defense as they take on the throwback, but sometimes effective, offense of the Ramblin’ Wreck of Georgia Tech. The Yellow Jackets have been running this offense since hiring Paul Johnson away from Navy in 2007.

Georgia Tech is a flagship member of the SEC from 1933, but left thirty years later in the 1960’s around the same time as Tulane. Not trying to wave the “SEC IS AWESOME” flag again, but I’m not sure that was the best move for either program. That being said, Georgia Tech has one national title since 1990 and Georgia has zero, so there is that.

I’m looking forward to this game to see what Kirby Smart’s defense can do against this offense. Smart and the Bulldogs are ranked 14th nationally in total defense, but the offense is ranked 94th nationally. To cancel out the previous two sentences, statistics really are window dressing (or TURKEY DRESSING!!!!! HIGH FIVE!!!!) for rivalry games like this. This one has been close the previous two years and I think it’ll be close again. Tech won in overtime in 2014 and the Bulldogs won 13-7 last year in Atlanta. Expect another low-scoring game… meaning, expect the final score to look more like an NBA basketball game.
PREDICTION: Georgia 16, Georgia Tech 12

Biggish game word of wisdom: There is something about this Louisville team that tells me they are out of gas. It may be a subtle clue given the 36-10 beating administered to the Cardinals by the Houston Cougars last Thursday night.

Kentucky has been playing pretty well as of late and this wouldn’t be the first time Kentucky has found a way to stay close with U of L when U of L is the heavy favorite. Louisville is favored by 26.5 and it is Senior Day at Papa John’s Cardinal Stadium. Kentucky actually held a 24-7 lead before giving up 31 unanswered points in the 2015 edition of this rivalry, which shouldn’t feel too unfamiliar for Wildcats fans (see Southern Miss, Week 1).

How can a quarterback like Lamar Jackson have a bad game and let down the seniors on Senior Day against the in-state rival, you ask? Go talk to the current Dallas Cowboys quarterback whose team is 9-1. Ole Miss destroyed Mississippi State last year in Dak’s final game as a Bulldog and a bad supporting cast cannot be blamed. Dak was bad in that game. It can happen and this time it will happen in Louisville. Almost. Louisville salvages a victory in overtime.
PREDICTION: Louisville 44, Kentucky 41 OT

Biggish game word of wisdom: Dan Mullen has to be so tired. He said he wouldn’t sleep until his Mississippi State Bulldogs beat Ole Miss again. Quarterback Nick Fitzgerald should be able to do enough to defeat the Rebels who were on Cloud Nine after freshman phenom Shea Patterson was forced to burn his redshirt in the comeback win over Texas A&M at Kyle Field.

The problem with clouds is they provide terrible footing from an extreme height. Ole Miss fell from Cloud Nine and landed with a thud on West End in Nashville, giving up 38 points to Vanderbilt in a terrible loss.

If 2016 has been anything, it has been unpredictable. With Ole Miss performing as bad as they did last week against Vanderbilt, it makes sense to assume they won’t recover from the loss. The assumption is probably a bad one to make, so, of course, I will perform a cannonball into this pool of assumption.
PREDICTION: Mississippi State 28, Ole Miss 24

Big game word of wisdom: Alabama has not given up a touchdown in the month of November. That’s not saying the Tide looked perfect in the win over Chattanooga, but it’s hard to believe Alabama would appear as aloof in the Iron Bowl as they did last Saturday night.

The likelihood of Auburn’s success will be no different than any other team looking to defeat Alabama since 2008; great quarterback play and multiple turnovers that result in touchdowns. At this point, it seems like teams will need multiple non-offensive touchdowns to have a chance to win. If there’s any game where the unexpected non-offensive touchdown could win a game, it’s the Iron Bowl.

Alabama’s defense is too good and Auburn’s Sean White or John Franklin, III will not be good enough at quarterback to make an impact worthy of defeating this Alabama team.
PREDICTION: Alabama 26, Auburn 13

South Carolina will not be very accommodating to Clemson’s need to be impressive if the Tigers don’t wake up after the loss to Pittsburgh two weeks ago in Death Valley.
PREDICTION: Clemson 41, South Carolina 28

Quick word of wisdom: Tennessee found a way to somehow not win the East after beating both Florida and Georgia in the same season. One explanation is Tennessee played at Texas A&M and against Alabama. Georgia and Florida did not.

Vanderbilt scored 38 last week against Ole Miss. There are a few conspiracy theorists out there screaming that Vandy is connected to the Illuminati. I don’t think Vanderbilt can win over Ole Miss and Tennessee in back-to-back weeks to become bowl eligible, but I also saw no way in Hell’s Kitchen that Vandy would score 38 points on Ole Miss — or anyone in the SEC for that matter.

Never fear Vols fans. Butch Jones announced that while the Florida Gators are SEC East Champions in back-to-back seasons, the Tennessee Vols are champions of life. Too bad for you, every other football program. Tennessee won life.

Let me cancel out that jab toward Butch Jones with a word of recognition for his thoughtfulness. Coach Jones visited the kids and the families of those affected by the tragic bus accident in Chattanooga. Thank you, Coach Jones for taking time to lift the spirits of some people who are hurt beyond measure.

Vanderbilt seems to never win when expected to perform well. Tennessee is favored, but I’m not sure the Vols will play well with the East title no longer in doubt. Then again, Tennessee has played tight all season trying to live up to expectations.

What you’ve just witnessed is me changing my mind in real time.
PREDICTION: Tennessee 48, Vanderbilt 14

Quick word of wisdom: Two observations about this game. The first is Florida really needs to win this game to keep the SEC Championship Game from being just another game for the second consecutive year.

The second observation is Florida State has a good chance to win this game because they have LSU’s head coach on the sideline. If the question of whether Jimbo Fisher is the next coach in Baton Rouge hangs over the Seminoles players, Florida will win.

The Gators are playing with a chip on their shoulder (or at least Jim McElwain is coaching with one on his) and I think they carry that chip all the way to Atlanta, providing a little more hype for the SEC Championship Game the following week.
PREDICTION: Florida 22, Florida State 20

This is so incredibly biased. What a joke.

There’s a reason they only do SEC predictions.

No, this is called predictions.
How is this a joke?

I got Bama winning 24-10 over Auburn, I do like the the prediction of the LSU vs A&M, you were close Eric….lol
Hopefully Florida can get a win over the Seminoles this year for a change. I think Vandy will keep it close with Tenn.
Good luck all.

Who else remembers the days when Kevin was the only writer on this website?

Weak SEC goes 1-3 on the weekend vs. ACC and that W took a huge gack from Lamar and Louisville just to get that. Best conference in the nation is???????????

I would be surprised if you got much of an argument. 6-9 v power 5 is worse than the sec has been In a very long time. Probably 3rd or 4th best conference. I would probably lean towards 3rd since they do have the best team in the country in Alabama.