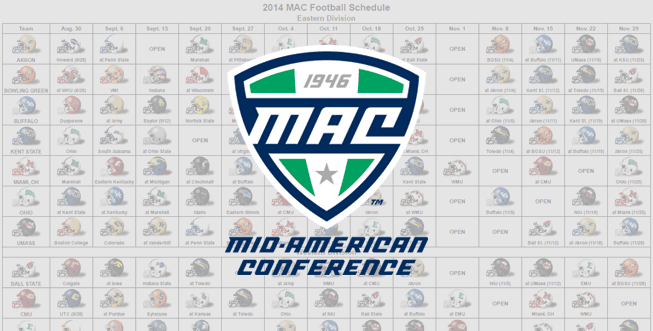 The 2014 MAC Football Helmet Schedule is now available. The PDF schedule features the helmets, date, and opponent for each MAC team.